The National Golf Association of the Philippines (NGAP) on Monday decided to postpone the holding of the National Stroke Play Championship that was supposed to start Tuesday at Manila Southwoods’ Legends course due to the alarming spike in Covid cases in the National Capital Region and other parts of the country.
On New Year’s eve, the IATF upgraded the NCR’s health status to Alert Level 3 because of increasing cases of infections that started on Christmas weekend, a development that the NGAP felt can affect the welfare of the 116 confirmed participants.
With the concurrence of Manila Southwoods, the NGAP made the call to move the event to a later date.
While NGAP regrets the postponement of an event that it has been looking forward to as a way to re-start its activities long stalled by the pandemic, local golf’s governing body said it was “the most responsible action to take at this time.”
“We would rather err on the side of caution and not contribute to any risk of transmission at our event,” the NGAP said in a statement signed by secretary general Bones Floro. “The NGAP board has therefore determined that the most responsible course of action to take at this time is to defer the tournament until the situation has improved.”
Before the IATF’s decision on the NCR status came, there was much anticipation to the event which was supposed to end the long lull on elite tournament play since January 2020. There were 116 confirmed entries, including 24 in the women’s event, when registration ended with so many more on the wait-list.
“NGAP shares everyone’s hope that, with increased vigilance and cooperation, we can do our share to defeat this pandemic. We will post updates on our tournament schedule as details become available,” said Floro. 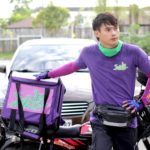 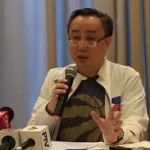