The return collegiate training faces uncertainty anew as the government’s COVID-19 task force placed Metro Manila back to Alert Level 3 due to the sudden increase of coronavirus infection during the holiday season.

NCR will be under the Alert Level 3 status from Jan. 3-15 as the projected number of cases is expected to increase in the next few days, the Inter-Agency Task Force (IATF) announced Friday evening.

Face-to-face classes for basic and higher education and contact sports are prohibited under the status, putting the scheduled return to bubble training of collegiate varsity teams on hold this January. The target March return of the collegiate action could also be pushed back to a later date.

Prior to the NCR’s return to Alert Level 3 status, the Commission of Higher Education had already given the go signal for the return of bubble training for UAAP and NCAA schools after it inspected the training facilities of the athletes and coaches under the bubble setup.

CHED, together with the Department of Health, has also set stringent guidelines and protocols for the supposed resumption of training.

The NCAA also mulled the possibility of putting up a bubble outside Metro Manila but the plan was later scrapped after a decrease of daily cases were seen in the last quarter of 2021.

After recording less than 1000 infections in a day in the first two weeks of December, there was a sudden spike of cases reported with 1,623 last Thursday and 2,961 new infections on Friday, which forced IATF to put NCR to a stricter status. 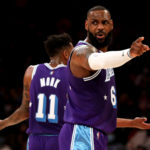