Philip Ella Juico, president of the Philippine Athletics Track and Field Association (PATAFA), said he will contest the decision of the Philippine Olympic Committee (POC) declaring him persona non-grata amid the ongoing feud between the national sports association and Olympian pole vaulter EJ Obiena.

The POC executive board had approved the recommendation of its Ethics Committee last Tuesday, Dec. 28, as 11 of its 14 members agreed while two others abstained.

Juico, however, insisted that the POC’s action was not within its jurisdiction and that the issue between the PATAFA and Obiena was an internal conflict in the first place.

“Of course, we will fight it,” said Juico during an interview in ANC’s After the Fact program. “When they asked me to attend a hearing, the so-called clarificatory hearing, we attended but we said this is not within their jurisdiction. This is an intra-NSA issue and under their own constitution, the Philippine Olympic Committee’s constitution, such intra-NSA issues are to be resolved first within the NSA and only when there is no satisfactory solution can the POC come in.”

Juico added that the POC stood firm that it was not an intra-NSA issue as Obiena had complained about the alleged harassment of him as PATAFA chief.

In his defense, Juico said Obiena, a multi-medalist and a Tokyo Olympian, is a member of PATAFA thus the issue was between the management — the POC board to be exact — and the pole vaulter.

In the latter part of the interview, Juico said “we will contest and we will go all the way wherever we need to go” as far as the whole issue is concerned.

“Where will it go? It will depend on how Mr. Obiena behaves,” added Juico.

POC president Bambol Tolentino earlier clarified that the POC did not remove nor suspend Juico of the position but stated “we just don’t recognize him as president of PATAFA until a new election of president.”

The controversy first stemmed from alleged falsified liquidation records from Obiena regarding the coaching funds for Ukrainian coach Vitaly Petrov and then brought up numerous allegations such as the “bullying and harassment” of Juico towards the pole vaulter.

Juico furthered that an investigation on PATAFA’s end has been ongoing for the past 44 days and that Obiena was invited thrice to which he also rejected three times.

“I was already summoned by the POC Ethics Committee and I was charged with the harassment, which is not the issue. The issue is the money, where the money went, how it was used. That’s all,” clarified Juico. 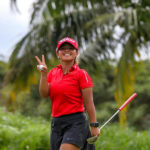 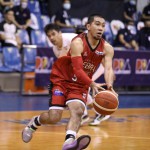