One does not need superpowers to be a hero.

As everyone welcomes the new year this Saturday, January 1, GMA News and Public Affairs’ year-end special “Year of the Superhero” takes a look back on some of the heroic moments of 2021 — a year that saw people from all walks of life inspiring others through their heroic deeds and triumphs.

Hosting this special are no less than Kapuso power couple Dingdong Dantes and Marian Rivera who both have their equal share of playing iconic heroes on GMA’s primetime shows.

Marian walks viewers through the giant 3D art installation by New. The contemporary Filipino artist’s inspiration was drawn from the stories of ordinary citizens who lifted our spirits in the midst of adversities in the year 2021.

New’s work depicts the inspiring stories of the Olympians who raised our flag in Tokyo–led by first-ever Filipino Olympic gold medalist Hidilyn Diaz;  the nurses who saved 35 infants from a burning hospital, and the youth behind the community pantry initiative which made headlines this year.

“Year of the Superhero” also looks back at the rescue of the survivors of the C-130 Hercules aircraft crash in Sulu, the news of a police officer who assisted a woman giving birth on the street in Capiz, as well as the viral story of the girl who rescued her pet dog from being hit by an oncoming train.

Making the tribute extra special is a comic book storytelling of these heroes’ journeys which will be led by Dingdong and directed by GMA’s renowned director Dominic Zapata. 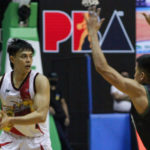 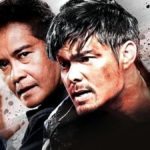