Nueva Ecija and Imus Buracai de Laiya outran and outgunned their rivals in the fourth quarter to prevail and arrange a semifinals clash in the Chooks-to-Go Maharlika Pilipinas Basketball League Invitational at the SM Mall of Asia Arena in Pasay City.
The Rice Vanguards banked on a five-point cluster by Bryon Villarias to subdue the Iloilo United Royals, 84-67, while the Bandera dropped a 16-point bomb and held Bicol LCC Malls to six points in the decisive period to triumph, 74-57.
Nueva Ecija and Imus will tangle for the second final slot at 10 a.m. on Wednesday.
Pasig Sta. Lucia and Basilan Jumbo Plastic Medical Depot will dispute the first final seat at 7:30 p.m.
With young guns Fran Yu and Justin Arana presiding, Pasig bested San Juan GFG AICC, 70-66, while Basilan, behind the hot hands of Encho serrano, tamed Mindoro EOG Burlington, 77-72, in the first two quarterfinals tussle.
Nueva Ecija, cheered on by busloads of fans from Palayan City, led by as many as 18 points, 68-50, off Ael Banal’s free throws but Iloilo trimmed the gap to nine with 5 minutes and 16 seconds to go.
Villarias, however, sealed the outcome with those clutch five points that raised his total to 16 plus 8 rebounds.
“Overall from the start the team has been very enthusiastic,” said Nueva Ecija head coach Carlo Tan. “There’s a good mix of veteran and youth in the team like Justin [Gutang] and Will [Gozum] seems to be the youthful energy and players like Mike [Mabulac] and gives you that stability in the team.”
Michael Mabulac led Nueva Ecija with a game-high 17 points plus 11 rebounds. John Paul Sarao chipped in 10 points and five rebounds while Chris Bitoon contributed 6 points, nine assists and seven rebounds.
Banal got ejected after committing a technical foul for faking a foul coupled with an unsportsmanlike foul. Nueva Ecija put his semfinal suspension on appeal.
Lightly regarded Imus, with veteran Leo Najardo finding his range, pounced on the “tired” Volcanoes, who were firing blanks, to pull away to stay, 74-55 with 1:52 to go.
“Redemption. Maraming nagsasabi sa team na veterans, lack of energy pero amazing yung pinakita nila ngayon na may energy sila sa Bicol,” said Imus coach Manny Torralba.
Najorda finished with 23 points while homegrown star Ian Melencio added 11 points, six assists, seven rebounds and two steals.
The Volcanoes shot a dismal 28 percent from the floor, highlighted by a 4 of 26 performance from the 3-point zone. 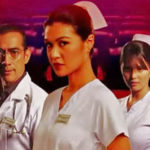