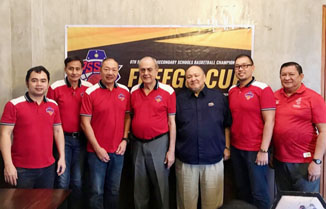 Tributes poured in for legendary high school basketball coach Ato Badolato, who passed away Sunday due to heart failure. He was 74.

“Being under your wing has been a blessing to my life.  Good bye Coach Ato… my mentor, father figure and friend… Thank you for everything,” wrote former player and coach Eric Altamirano, who also played for Badolato for the Red Cubs and was one of the players who were instrumental in giving the school a string of championships.

“Maraming salamat sa lahat ng tinuro mo sakin… I learned the basic fundamentals through your program. I learned to play organized basketball through you. I became successful in my career because I have a strong basketball foundation,” wrote Gerry Esplana.

Among the players who played under his wing were Renren Ritualo, Magnum Membrere, Benjie Paras and Dindo Pumaren, to name a few.

The multi-titled mentor was hospitalized last month after he experienced difficulty in breathing. He underwent an unsuccessful angioplasty a few weeks back and was supposed to undergo another bypass surgery in March. 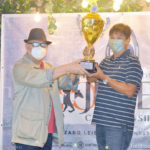