Ruelle Canino pulled off the biggest shocker at the start of the National Women’s Chess Championship by beating top seed Woman Grandmaster Janelle Mae Frayna Saturday at the PACE building in Quezon City.

Canino, a 13-year-old sensation from Cagayan de Oro, downed Frayna after a marathon 96 moves of a Jobava System of the London Opening to gain a share of the early lead with defending champion Jan Jodilyn Fronda and WGM candidate Kylen Joy Mordido.

Fronda, who ruled the tournament two years back, dismantled Lexie Grace Hernandez after a 51-move duel of a Caro-kann Defense, while Mordido turned back Rinoa Mareil Sadey in 38 moves of a Sicilian Defense.

Mariano Calimbo’s match with Allaney Doroy, however, was rescheduled after Calimbo’s flight was rebooked due to inclement weather in Cebu.

A berth to the Philippine team competing in the 31st Southeast Asian Games in Hanoi, Vietnam next year is at stake in this 11-round tournament as well as P50,000 champion’s purse. 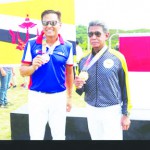 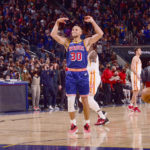