LOS ANGELES (AFP) – The Los Angeles Lakers had their star trio on court on Wednesday, but it was rookie Austin Reaves who was the unlikely hero in their 107-104 NBA overtime victory over the Dallas Mavericks.

Reaves, an undrafted first-year pro who impressed enough in the off-season to gain a two-year contract with the Lakers, drained a game-winning three-pointer as time expired to give Los Angeles a third straight win.

The 23-year-old was mobbed by teammates, including superstar LeBron James, who said the team had no hesitation in handing the ball to the relative unknown.

“Listen, we’ve got a lot of trust in whoever is on the floor, including the rook,” James said. “And, obviously, it showed on that last possession.”

With a foul to give the Mavericks tried to foul James, who managed to get the ball to Wayne Ellington.

Ellington passed it to Russell Westbrook, who kicked it out to Reaves who coolly knocked down the shot to end a hard-fought game in Dallas.

“There was about two seconds left, so I didn’t really have anything else to do but shoot it,” said Reaves, who made five three-pointers.

The rest of the Lakers’ 14 points in overtime came from their big three of James, Westbrook and Anthony Davis, a trio that has had little chance to gel this season thanks to injury absences.

James finished with 24 points. Westbrook scored 23 with 10 rebounds and nine assists and Davis added 20 points and 12 rebounds in his first game back after missing two with a sore left knee.

The game featuring 19 lead changes was a battle all the way. Jalen Brunson scored 25 points and Kristaps Porzingis scored 23 points and pulled down 12 rebounds for Dallas, whose star guard Luka Doncic missed a third straight game with left ankle trouble.

Maxi Kleber tied it when he banked in a three-pointer with 15.5 left, but Reaves came through for the win.

The Lakers were without three players who were in Covid-19 health protocols in a week in which coronavirus again became a major factor in the NBA as well as other US sports.

Multiple teams saw players sidelined. The Chicago Bulls’ games against the Pistons and Raptors scheduled for Tuesday and Thursday have been postponed after 10 Bulls players were placed in the safety protocols,leaving them without the required minimum of eight.

“I see football and hockey and us – there’s just a lot of it right now. There’s a lot of it nationwide, outside of sports as well.”

Philadelphia were buoyed by the return from injury of center Joel Embiid, who had 17 points and 14 rebounds, but the short-handed Heat put them away in large part thanks to a barrage of 18 three-pointers.

The Heat had only 10 available players thanks to injuries, illness and Covid-19 absentees. Those missing included their three top scorers in Jimmy Butler, Tyler Herro and Bam Adebayo.

But Gabe Vincent stepped up with a career-high 26 points, draining a clutch three-pointer that put Miami up 99-96 with 39.4 seconds left in the fourth quarter.

He made seven three-pointers and Duncan Robinson made four on the way to 21 points as Miami seized control early, leading by as many as 10 points in the first half and pulling ahead by 23 in the third.

Tyrese Maxey led the Sixers with 27 points and Tobias Harris added 24, but even though they closed the gap they never managed to get ahead in the final frame and Embiid missed a potential game-tying three-pointer with four seconds remaining.

Elsewhere, the Cleveland Cavaliers pushed their winning streak to five games with a 124-89 rout of the Houston Rockets.

Darius Garland scored 21 points and Isaac Okoro added 20 for the Cavs, who led by as many as 45 points on the way to their largest margin of victory this season. 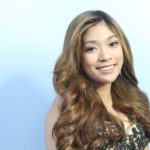