International Master Daniel Quizon drew the 10th and penultimate round Tuesday to virtually clinch the 2021 National Chess Championship title at the Solea Hotel and Resort in Mactan, Cebu.

The 17-year-old Quizon was playing Dableo at press time and regardless of the result would run away with the crown and the P80,000 champion’s purse.

That would also allowed him to secure a slot to the PH team bound to the 31st Southeast Asian Games in Hanoi, Vietnam in May 2022, as well as a berth to the 2023 Asian Indoor and Martial Arts Games in Thailand.

In other results, Laylo halved the point with IM Paulo Bersamina in 25 moves of a Petroff while de Guzman battled Woman GM Janelle Mae Frayna to a 66-move standoff of a Queen’s Pawn London System.

IM John Marvin Miciano produced the round’s lone victory after trouncing Dableo in 39 moves of a Reti Opening to catch up with Garcia with 5.5 points.

The two other results saw IM Joel Pimentel agreeing to a 30-move standoff with IM Michael Concio, Jr. in a Petroff showdown and GM Joey Antonio settling to a 32-move split with Allan Pason of a Caro-kann encounter. 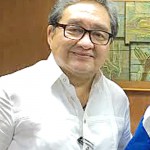 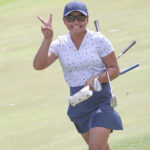