John Arcilla, one of the country’s better actors, is out with a new film dubbed “A Hard Day.”

In it, he plays villain to Dingdong Dantes.

Based on the teaser alone, the film, an entry to this year’s Metro Manila Film Festival (MMFF), looks very much like a winner.

The production is excellent, the acting is superb, the story gripping.

Those not in the know would think the film an impressive example of Filipino talent.

Well, yes and no.

Note the film is an adaptation of the 2014 South Korean Crime Action film of the same title, an official selection at the 2014 Cannes Film Festival’s Director’s Fortnight.

So, much as John, Dingdong, director Law Fajardo and the rest of the cast and the crew did good in creating an action-packed film worth spending your hard-earned peso on, it is still very much a copy, crudely speaking.

Nothing worng with that, of course. But why can’t we create our own? Have we run out of ideas?

Here’s John’s take: “I think doing ‘A Hard Day’ is not a bad thing. It’s a beautifully written film. Pinoys deserve to see a locally-made version. But it doesn’t mean we should just adapt films from other countries. We have talented scriptwriters. We are a culture rich in captivating tales. I still think we should always put a premium on that. But, you know, films like ‘A Hard Day,’ we need it once a while. If only to allow our palate a different flavor.”

‘A Hard Day’ follows the story of Detective Edmund Villon (Dingdong) who is, well, having a hard day: His mom just died. He and his coworkers are being investigated by police over alleged embezzlement. To top it off, on his way to his mother’s funeral, he hits a man with his car.

Edmund tries to cover-up the accident by hiding the man’s corpse in his deceased mother’s coffin.

After the burial, Lt. Ace “Alas” Franco (John), starts threatening Edmund. He vows to expose him if he does not give him the corpse of the man he hit.

Who is the dead man?

Why does Ace want his body so bad?

What will Edmund do?

John has won numerous accolades as actor as well, the latest of which is the Volpi Cup at the 2021 Venice Film Festival for his work on “On the Job: The Missing Eight.” 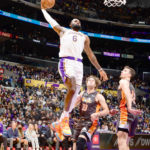