Curry connected on six of his 17 attempts from three-point range, missing his first four from beyond the arc.

His 22 points led the Warriors in their third wire-to-wire victory of the season, but he never looked like producing the historic outburst he would have needed to surpass Allen’s 2,973 three-pointers made from 1996-2014.

Curry would have had to break teammate Klay Thompson’s single-game record of 14 three-pointers just to match Allen.

Instead he inched closer, taking his tally to 2,964.

He will resume the chase when the Warriors visit the Philadelphia 76ers ˗ the team featuring his younger brother Seth Curry — on Saturday.

“It’s incredible,” Curry’s teammate Draymond Green said of the two-time NBA Most Valuable Player’s pursuit of the three-point record, which comes with the Warriors leading the league with a 21-4 record.

“For me, I’m just trying to screen for him and pass for him, give him as many shot attempts as we can ˗ obviously without hijacking the game trying to do it, trying to get it in the flow.”

Golden State led 47-45 at half-time, and Warriors coach Steve Kerr was pleased to see his players grind out a win despite shooting just 39.8 percent from the floor.

“It’s good to be in this position, where we’re still winning games if we’re not playing our best,” said Kerr, whose team moved just half a game in front of the 20-4 Phoenix Suns atop the Western Conference.

Norman Powell scored 26 points to lead the Blazers, who were without injured star guards Damian Lillard and CJ McCollum.

Meantime, the Houston Rockets pushed their NBA winning streak to seven games on Wednesday with a 114-104 victory over the short-handed Brooklyn Nets as the top three Eastern Conference teams suffered setbacks.

Eric Gordon scored 21 points before he was ejected in the fourth quarter and Garrison Matthews added 19 for the Rockets, who have their first seven-game winning streak since they won eight in a row in November of 2019.

James Harden, playing his second game in Houston since he was traded to the Nets in January, had 25 points for the Eastern Conference-leading Nets, who rested league scoring leader Kevin Durant and LaMarcus Aldridge.

The Cavs posted their biggest winning margin of the season against the Bulls, the second-ranked team in the East.

Earlier in the day the Bulls saw Matt Thomas become their fourth player to enter Covid-19 protocols after testing positive for coronavirus.

Thomas had made the trip to Cleveland, but Bulls coach Billy Donovan received word early Wednesday morning that he would not be available.

Donovan, however, said after the blowout defeat that the available players had to step up.

The Heat will host the Bulls on Saturday coming off a 113-104 victory over the Milwaukee Bucks on Wednesday — just the second defeat in a dozen games for the reigning NBA champions who are lying third in the East.

With Bam Adebayo and Jimmy Butler sidelined by injury, forward Caleb Martin led the heat with a career-high 28 points.

Martin, starting in place of Butler who was absent with a tailbone bruise, made a career-high six three-pointers in eight attempts. He pulled down eight rebounds, handed out three assists and blocked two shots.

The Heat out-scored the Bucks 39-26 in the third period to erase a seven-point halftime deficit and take a six-point lead into the final quarter.

Max Strus kept things going, scoring all of his 16 points in the final frame as the Heat held on.

Bucks star Giannis Antetokounmpo scored 15 points as the Heat limited the two-time NBA Most Valuable Player to four-of-13 shooting from the field.

In Detroit, Washington forward Kyle Kuzma broke Pistons’ hearts, draining a three-pointer with six-tenths of a second left in overtime to lift the Wizards to a 119-116 victory.

Kuzma scored 26 points and Bradley Beal added 25 for the Wizards, who held on after letting a late double-digit lead slip away and handed the Pistons a 10th straight defeat.

Jerami Grant scored 28 points for Detroit and Cade Cunningham scored eight straight in overtime to knot the score with 24.6 seconds 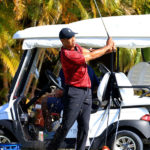 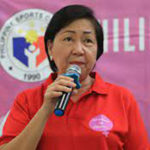