The Philippine Azkals prepare for a tough battle with host Singapore Wednesday in their opening match in the AFF Suzuki Cup 2020 at the National Stadium.

Slight underdogs, the Azkals hope to overcome concerns of lack of preparation and player availability in the 8:30 p.m. meeting with Singapore, which won its first assignment last Sunday.

Singapore beat Myanmar, 3-0, with Muhammad Safuwan scoring the opener and Ikhsan Fandi finding the back of the net twice before halftime.

Stewart Hall, designated to coach the Azkals for the competition, is hoping that the mystery factor will benefit the squad going into the match.

“So the advantage of Singapore playing before we do means that we can have a good look at them. But they won’t have a chance to have a look at us,” the English coach added.

But the Azkals will come in without defender Jefferson Tabinas, who had an impressive stint in the World Cup/Asian Cup Qualifiers but has been ruled out of the competition due to difficult getting out of Japan.

Veteran midfielder Iain Ramsay has yet to arrive so is debuting Jesper Nyholm, who is listed as a defender.

Some of its core will be available in striker Bienvenido Maranon, who will see action for the first time since becoming a Filipino citizen, and team captain Stephan Schrock.

Hall seems to have a good problem in his hands as far as the goalkeeping position is concerned.

Kevin Mendoza, who helped Kuala Lumpur City win the Malaysian Cup recently, Bernd Schipmann and Quincy Kameraad are battling for the No. 1 spot. 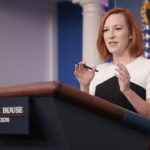 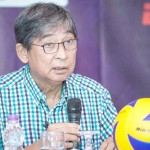