While the Lady Highlanders finally won a set, the Antipolo-based CPS regrouped with a dominant performance in the third and fourth to prevail.

“We could have done better,” said skipper Kizzie Madriaga after her teammates allowed Baguio City to steal a set before playing their usual game and snatch their first win in four outings.

The Lady Highlanders fell to 0-4.

Caisey Dongallo scored all but one of her 25 points on attacks and collected seven digs, Jelai Gajero added 16 points and eight digs andsetter Madriaga tossed in 19 excellent sets for CPS.

Handled by multi-titled high school coach Jerry Yee in a bubble training for a month, CPS was finally rewarded after putting up a gallant stand in its first three matches.

Both teams wrap up their Champions League campaigns on Wednesday with CPS hoping to go out on a high note against Petro Gazz at 1:30 p.m. and Baguio will getting its final shot of a first win in a 4 p.m. clash with Chery Tiggo.

The games are live streamed over the PNVF official website volleyballphilippines.com, iWantTFC for local and international audiences, Puso Pilipinas and Smart Sports Facebook pages and YouTube channels and Gigaplay. 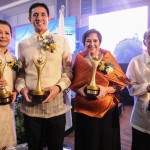 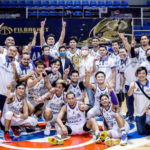