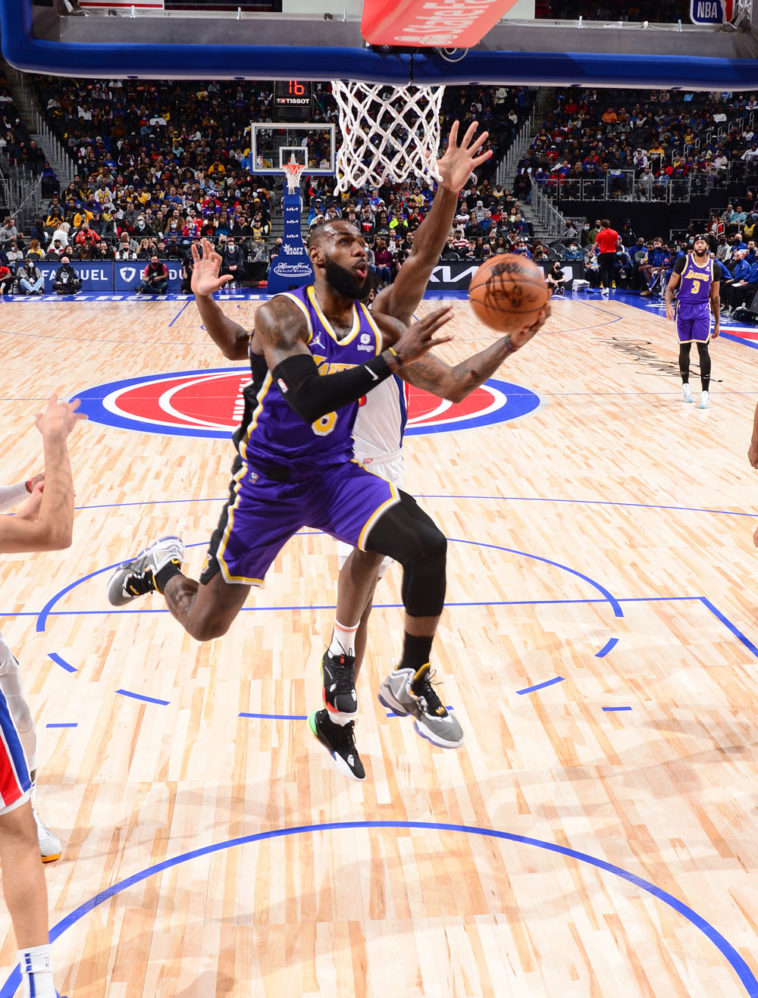 LeBron James of the Los Angeles Lakers drives to the basket. (AFP)

LOS ANGELES (AFP) – Anthony Davis scored at team-high 30 points as the Los Angeles Lakers beat Detroit 121-116 in a NBA game Sunday where LeBron James was ejected after getting into a scuffle with the Pistons Isaiah Stewart.

James was thrown out for just the second time in his career after striking Stewart in the face while the pair was battling for rebounding position.

A bloodied Stewart tried to confront James which led to a scrum of players from both teams coming together and then several coaches and security people joined the fray as the Piston player repeatedly tried to get back at James. No punches were thrown and no one was hurt in the scrum.

The incident occurred with 9:18 remaining in the third quarter and the Lakers trailing 79-67. The Lakers came into the contest on a three-game losing streak and a disappointing 8-9 on the season.

Stewart was initially whistled for a loose ball foul. Following a video review, James was then slapped with a flagrant foul two and sent to the locker room.

Davis came to the defense of his teammate after the game.

The only other time James has been ejected from a game was November 2017 against the Miami Heat.

“He (Stewart) was upset for a reason,” said Pistons coach Dwane Casey.

Reggie Jackson scored 23 points for the Clippers, who won the first game of a back-to-back series between the two Western Conference teams.

Jackson made four threes and Ivica Zubac recorded his fifth double-double of the season with 16 points and 10 rebounds for the Clippers, who snapped a two-game losing skid.

Dallas shot just 20 percent overall from beyond the arc and were outscored 25-15 in the third quarter.

The Clippers parlayed precision perimeter shooting in the third to take a 71-62 lead into the fourth.

The teams will meet again in Los Angeles on Tuesday.