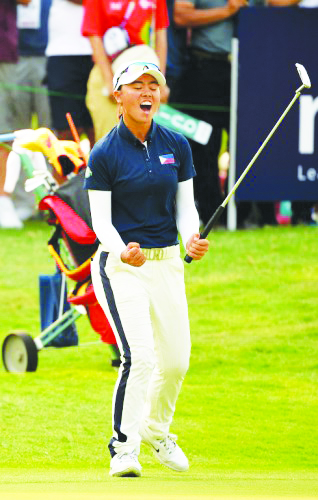 The tug of war will be settled soon as reigning US Women’s Open Champion Yuka Saso is leaning to become Japanese nationality when she reaches the mandatory age of 22.

That will be two years from now, and that means goodbye to the tag of Philippines in any tournaments that she’s going to participate abroad.

For sure, that’s going to hurt the country’s campaign in future international events but that’s the way it is.

“It is true that I chose Japanese nationality,” Saso was quoted in an article on a Japanese news website on the eve of the Toto Japan Classic.

“I was wondering if I would choose Japanese nationality in the future. Twenty one years old, I knew that there was a Japanese rule that I had to choose a nationality.”

Saso was referring to the Japanese nationality law that states that people who hold dual citizenship must choose their nationality by the age of 22.

“I thought I had to decide whether or not there was an Olympics. But whichever I choose, I am both Japanese and Filipino. It is in my heart,” said Saso, who represented the country in the Tokyo Games.

Born in Ildefonso, Bulacan to a Japanese father and a Filipino mother, Saso has been representing the Philippines for the past years.

Among her early notable campaigns were Team PH’s golden feat in the 2016 World Junior Girls Championship team event and the 2018 Asian Games in Indonesia where she won the individual gold apart from helping steer the team – with Bianca Pagdanganan and Lois Kaye Go – to victory.

She also participated in the 2018 Summer Youth Olympics in Buenos Aires, Argentina and has carried the Philippine flag since turning pro in November 2019.

But for the meantime, Saso will still continue to play for Team PH until the nationality is finalized. 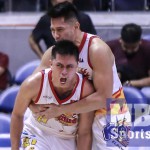