Mikey Williams became a member of an elite company following TNT’s title victory in the PBA Philippine Cup as he became just the third rookie to win the Honda-PBA Press Corps Finals Most Valuable Player.

Williams was the unanimous choice as the finals’ best player after averaging 27.6 points on 52-percent shooting while adding 5.2 rebounds and 4.8 assists during the series that ended with TNT closing out Magnolia Pambansang Manok, 94-79, Friday in Bacolor, Pampanga.

He joined Danny Seigle and Brandon Cablay as the only freshmen to bag the Finals MVP plum in a fitting belated birthday present for Williams, who turned 30 two days earlier in Game 4.

Seigle did it twice in 1999 for San Miguel Beer which ruled that year’s Commissioner’s Cup before sharing the award with Danny Ildefonso in the Governors’ Cup.

Cablay got the honor in the 2003 Invitational when Alaska defeated Coca-Cola.

Magnolia had no answers for Williams, who shook off his shooting struggles against San Miguel Beer in the semis with his sensational play that included long range shots and other aspects outside of scoring such as rebounding and passing.

Williams was also pleased to get some supporting cast as TNT claimed the series with by average winning margin of 15.5 points. 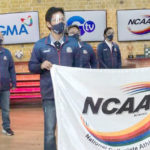