Kiefer Ravena’s first birthday in Japan ended on a losing note after the Shiga Lakestars absorbed a crushing 91-74 defeat to the visiting Kawasaki Brave Thunders in a rare midweek game in the B.League Wednesdayat the Ukaru-chan Arena in Otsu.

Ravena had 13 points on 6-of-13 shooting in 24 minutes on the day he turned 28 years old but the Lakestars dropped to 6-3 after the Brave Thunders rode on a 16-2 start on their way to improving to the same record.

Nick Fazekas, who once played for Petron in the PBA and San Miguel Beer in the ASEAN Basketball League before becoming a naturalized player in Japan, had 14 points, eight rebounds and five assists for Kawasaki.

Ray Parks Jr. and the Nagoya Diamond Dolphins vented their ire on Thirdy Ravena and the host San-En Neophoenix to claim a 98-70 victory in Toyohashi City,

Ramos produced 20 points, six rebounds and three assists for the Grouses, who ended a 0-8 start in the Japanese league’s 2021-22 season.

Kobe Paras and Niigata Albirex lost 79-78 to Alvark Tokyo to fall 2-7 on the campaign. Paras made 13 points against one of Japan’s premier teams.

Gomez de Liano saw the Ibaraki Robots lose to the Mikawa Sea Horses, 81-71, while Aquino will likewise wait for his debut with the Shinshu Brave Warriors, who posted an 87-84 win over Levanga Hokkaido. 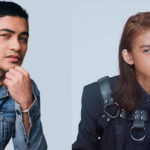 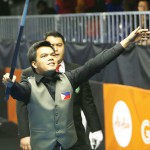