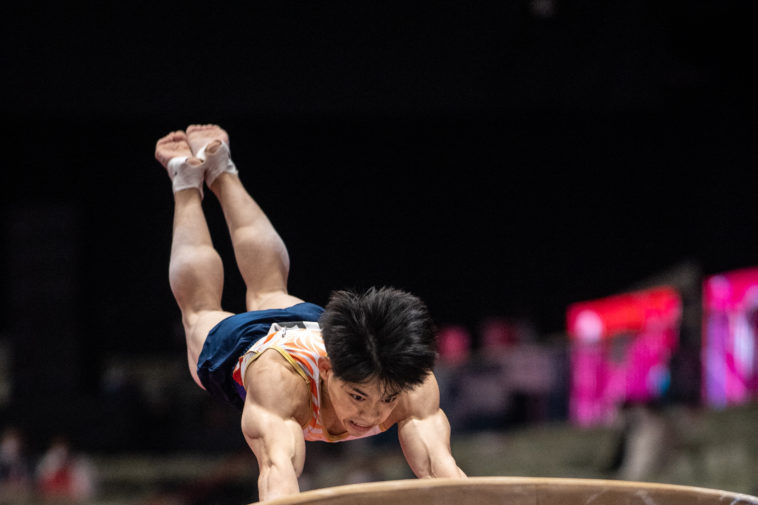 Carlos Yulo is back on top of the gymnastics world, soaring up the apparatus empty-handed and landing with the gold medal in his hands

Yulo redeemed himself from a series of heartbreaks by capturing the vault title in the 50th FIG Artistic Gymnastics World Championships at the Kitakyushu General Gymnasium in Japan Sunday.

A day after failing to defend his floor exercise title, Yulo vaulted his way to the top this time by capturing the gold medal with a score of 14.916.

He posted 14.800 on his first vault and 15.033 on his second try for his second world championship crown.

The victory somehow erased the stigma of his debacle at the Tokyo Olympics last August, where he failed to advance in the floor exercise finals and narrowly missed the podium by placing fourth in vault.

Adding salt to his wounds was his fifth-place finish in Saturday’s floor exercise finals.

But Yulo seemed undeterred to claim his place in the pantheon of champions, saying in earlier interviews that he is using the world championships as a sort of redemption from a painful Olympics debut.

A few hours later, Yulo claimed silver in the parallel bars with 15.300 behind new world champion Hu Xuwei of China’s 15.466.

The silver finish was an added bonus to Yulo’s campaign as he entered the tournament with only the floor exercise gold in the previous edition in 2019 in Stuttgart, Germany.

He didn’t even qualify in last edition’s parallel bars finals and surprised the crowd by topping this year’s qualifications with 15.566.

Yulo made his intentions felt at Wednesday’s qualifications when he finished third with 14.808 behind top qualifier Nazar Chepurnyi of Ukraine.

Chepurnyi, who was competing last in the finals, ended up seventh with 14.149.

Meanwhile, Japan’s Hidenobu Yonekura settled for the silver with 14.866 while Israel’s Andrey Medvedev claimed bronze with 14.649.

Completing the finalists were Italy’s Thomas Grasso at fourth with 14.549, Korea’s Yang Hakseon at fifth with 14.399, Great Britain’s Courtney Tulloch at sixth with 14.383, and Canada’s William Emard with 13.199 at eighth.