LAS VEGAS (AFP) –WBC heavyweight champion Tyson Fury and challenger Deontay Wilder will be their heaviest ever fighting weights when they clash for the third time in Las Vegas on Saturday.

British defending champion Fury tipped the scales at 277lbs (125.6 kg) at Friday’s weigh-in at the MGM Grand Garden Arena in Las Vegas, while Wilder came in at 238lbs.

Fury, who declined to take his shirt off as he climbed on to the scales, is four pounds heavier than the 273lbs he weighed when scoring a seventh-round knockout of Wilder in their second meeting 20 months ago.

It means Wilder will come in 37lb lighter than his opponent when he attempts to reclaim his WBC title from the unbeaten Fury at the T-Mobile Arena on Saturday.

Wilder’s previous heaviest fighting weight was the 231lbs he weighed during his knockout defeat to Fury last year.

Friday’s weigh-in saw both fighters kept apart by security as Fury once again taunted Wilder with a stream of expletives and threats of a gruesome beating.

Asked what the significance of his heaviest ever weight would be, Fury replied: ”It means total obliteration of a dosser.

”Total annihilation. That’s what it means to me — 277 pounds … I’m going to put him in the Royal Infirmary after this fight, don’t worry about that.”

Asked for his prediction on how he expected the fight to go, Fury added: ”With him severely hurt on the floor, smashed to bits, like he’s been run over by an 18-wheeler truck.

”Last time he complained he had cracked skull and an injured arm. Well I can’t wait for Saturday night. I’m really going to severely damage him. He’ll be unrecognisable after the fight. I’ll send him home butchered.”

Earlier this week, Fury (30-0-1, 21 knockouts) had played down the significance of his fighting weight, insisting he had prepared properly.

”I’m not aiming for a specific weight, I’m just eating plenty of food,” Fury said. ”I’ve trained hard enough and that’s it. Whatever I weigh in on the night, I weigh in at,” the 33-year-old said.

However Fury’s failure to remove his t-shirt during Friday’s weigh-in earned taunts from Wilder’s supporters, with one member of the challenger’s entourage shouting pointedly: ”You fat, dude!” 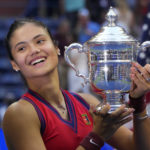 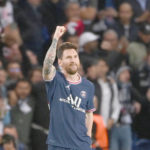