The Philippines confirmed its place in next year’s AFC Women’s Asian Cup after a 2-1 victory over Hong Kong in their final qualification match Friday, Sept. 24 at the Jar Stadium in Tashkent, Uzbekistan.

Chandler McDaniel’s goal in the 88th minute secured another win for the Pinay booters to secure top spot in Group F of the Asian Cup Qualifiers with six points in two matches.

It will be the second straight appearance for the Filipinas in the continental tournament slated January in India.

The Asian Cup also serves as a qualifying tournament for the 2023 FIFA Women’s World Cup.

A draw would been enough for coach Marlon Maro’s side to book its place in the Asian Cup after Hong Kong’s Chung Pui Ki’s goal off a free kick past the hour mark cancelled Tanhai Annis’ opener in the 17th.

But McDaniel, playing just her second match with the national team, came through for the Philippines with a solo effort to secure the win. 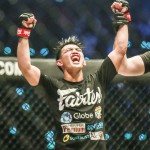