Dennis Orcollo and Carlo Biado advanced to the semifinals after posting twin victories Friday in the US Open Pool Championship at the Harrah’s Resort in Atlantic City, New Jersey.

Orcollo won over a pair of Polish cue artists on his way to the last four of the prestigious 9-ball competition, beating Mario He, 11-6, in the round-of-16 before prevailing over Max Lechner, 11-7, in the quarterfinals.

Biado, meanwhile, produced back-to-back 11-10 victories by avenging his earlier setback to Spaniard David Alcaide in the last 16 followed by the elimination of fellow Filipino Johann Chua in the quarters.

Rodrigo Geronimo failed to make it three Filipinos in the semis after falling short to Singaporean Aloysius Yapp, 11-6, in the quarters. Geronimo earlier pulled off an escape act, 11-10, over Estonian Denis Grabe.

The former world champions will face separate opponents in an all-Asian semifinals on the tournament’s final day set Saturday, Sept. 18.

Orcollo battles Yapp, a familiar foe from the 2019 Southeast Asian Games, while Biado takes on Japanese Naoyuki Oi in the other race-to-11 semis.

Efren “Bata” Reyes is the only Filipino to have won one of the oldest competitions in the world when he ruled the 1994 edition.

Another Filipino Alex Pagulayan was representing Canada during his title run in 2005. 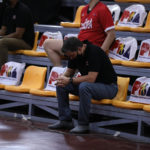 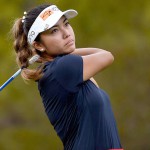