Jhanlo Sangiao is looking ready and inspired following recent victories by fellow Team Lakay members Jenelyn Olsim and Jeremy Pacatiw.
Sangiao, the son of Team Lakay head coach Mark, was the latest talent to sign with Singapore-based promotion ONE Championship in June.
Though his debut fight has yet to be announced, the younger Sangiao, 18, is drawing inspiration from the impressive showing of Team Lakay’s new breed for the past few months.
“Before, we were only known as strikers who came from the mountains. But now, things have changed,” said Sangiao. “We are consistently trying our best to improve our grappling game and wrestling moves so that we have all the weapons when we go to the battlefield. That was really our goal, us new breeds of Team Lakay, that we all want to be well-rounded and complete athletes.”
It would be recalled that Pacatiw scored a convincing unanimous decision win over Chinese foe Chen Rui in their bantamweight bout last July while Olsim, who fights both in the women’s strawweight and atomweight, earned two victories since her debut in March.
His close ties with Pacatiw also lit a fire in his desire to compete in his much-awaited debut.
Sangiao is expected to fight in the bantamweight division, joining the likes of Pacatiw, former BRAVE CF champion Stephen Loman, and former world champion and veteran Team Lakay member Kevin Belingon.
Coach Mark, however, earlier said his son’s weight division might change over time due to his continuous growth.

Still, the younger Sangiao is non-stop with his training in Benguet City which he considered as a lifestyle of a fighter.
“This keeps my motivation high, whether my debut fight is close or still far. I cannot just spot-train, like only striking or only grounds or wrestling. Every athlete here is dangerous and when I face them, I will have to be well-equipped,” said Sangiao, who owns a 3-0 record.
“You can only expect that a more improved Team Lakay breed is coming. We’re all hungry and I, for one, am a hungry warrior, one who is sharpening his skills to deliver a good fight and here to entertain the fans.” 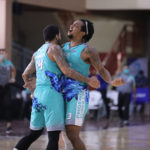 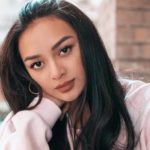