The entire delegation was allowed to lead only after testing negative in their RT-PCR tests.

After a two-hour layover in Tokyo, the team will depart for Vancouver at 9:55PM.

Once the team arrives in Montreal, another round of testing will take place while the team will be isolated at the DoubleTree by Hilton Hotel. The team will be allowed to train at the half-court of Montreal once cleared.

Excited is Mark Yee for his first FIBA 3×3 international pro circuit event, saying that he never expected to have this opportunity at his age.

Manila Chooks TM will be slotted with Pool D along with World No. 8 Antwerp of Belgium and No. 10 Edmonton of Canada. Their game against Antwerp will be on September 5 at 12:45AM (Manila time) while Manila versus Edmonton is scheduled at 6:50AM on the same day.

The top two teams in Pool D will advance to the crossover playoffs on September 6 and will face either World No. 4 Ub of Serbia, Switzerland’s Lausanne, or home team Old Montreal. 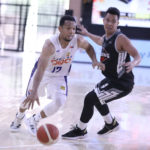 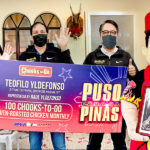