The PBA will release the schedule of the Philippine Cup eliminations that will be held at the Don Honorio Ventura State University in Bacolor, Pampanga on a weekly basis starting Tuesday, Aug. 31.

PBA Commissioner Willie Marcial said the first set of games will depend on the results of the RT-PCR tests of all concerned individuals on Monday, Aug. 30, one of the final steps before the restart pushes through in the first week of September.

Plans are for the Philippine Cup to resume either Wednesday, Sept. 1 with a tripleheader or a twinbill on Thursday, Sept. 2.

“It’s just like our scheduling in the initial games played at the Ynares Sports Arena in Pasig. Depende sa resulta ng tests,” Marcial said on the PBA’s official site.

The measure is aimed at making sure that the eliminations won’t have any significant disruptions in the event at least one team gets hit with a COVID-19 infection just like in the early stages of the conference at the Ynares Sports Arena in Pasig City.

It would be recalled that several games during the first two weeks of the Philippine Cup were postponed after some teams entered the league’s health and safety protocols.

Teams are currently staying in different hotels and resorts in Pampanga under a hotel-venue-hotel setup the league will observe for the duration of the elims.

As practices continue, the league’s advance party is now in Bacolor to help set up preparations for the restart.

TV5, the league’s broadcast partner, has also started installing LEDs and additional lighting to make sure the playing court can be presented well on television.

The PBA, however, is waiting for the formal approval from the DHVSU officials, who days earlier agreed in principle to allow the staging of the games inside its gymnasium refurbished sometime before the COVID-19 pandemic.

Tripleheaders are slated every Wednesday, Friday and Sunday while two games will be held every Thursday and Saturday.

RT-PCR tests are every Monday while teams will undergo antigen tests on the morning of their scheduled matches as a precaution. 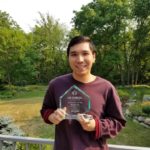 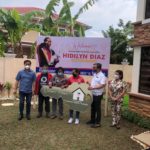