Hidilyn Diaz wanted nothing else but the gold medal in the 2020 Tokyo Olympics, a dream she long aspired for since her first go-round in 2008.
Thirteen years later, the Zamboanguenña weightlifter delivered just that, lifting her way to immortality by winning the Philippines’ first ever gold medal in the quadrennial showpiece.
By hoisting an Olympic record of 127 kg in the clean and jerk that led to another record of 224 kg total and win the women’s 55 kg category, Diaz ascended to the pantheon of Philippine sports greats as she ended the country’s near-century craving for gold since it first sent trackster David Nepomuceno in Paris for the 1924 Olympiad.

The historic feat pulled off by the 30-year-old Diaz easily put her as the top achiever of the Philippine Sportswriters Association (PSA) for the month of July and in a strong contention for the prestigious Athlete of the Year award being handed out by the country’s oldest media organization.

Diaz’s monumental accomplishment gave the other Filipino athletes in the Tokyo Games a much needed inspiration to compete and complete the country’s best finish ever in the Olympics.

Nesthy Petecio and Carlo Paalam won a pair of silver for Philippine boxing’s first ever Olympic medal since Mansueto ‘Onyok’ Velasco bagged the same medal color in the 1996 Atlanta Games.

Petecio did it in the women’s featherweight class, while Paalam in the men’s flyweight.

Eumir Felix Marcial made it a triple kill as the Filipino middleweight added a bronze to the national boxing team’s campaign, which enjoyed its finest performance yet in the quadrennial meet.

Outside of the Tokyo Games, other Filipino athletes also shone in the international stage.

Meanwhile in tennis, Alex Eala’s meteoric rise continues after winning both the singles and doubles girls’ titles of the JA Trofeo Bonfiglio in Milan, Italy. 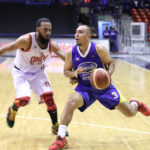