Manny Pacquiao was graceful in defeat and offered no excuses after suffering defeat at the hands of Cuban boxer Yordenis Ugas in their super WBA welterweight title bout at the T-Mobile Arena in Las Vegas, Nevada on Saturday, Aug. 21 there (Sunday in Manila).
“First of all, I want to thank God for keeping us both safe in the ring. And I want to thank the people, the fans, and the media, press for all the support in boxing. And I really appreciate their love for boxing,” said Pacquiao, clad in formal suit and with his sunglasses on during the post-fight press conference.
The 42-year-old Pacquiao, on Twitter, also extended his best wishes for Ugas and his team and gratitude to the Filipino people for the unwavering support.
Pacquiao admitted that he cannot move around too well around the ring due to cramping on his legs.
“My two legs are cramping. I cannot move,” explained the fighting senator. “That’s why I cannot move around. In my early days, I can easily move and outbox him. You know, [that] Manny Pacquiao but this time around it’s like my two legs are tight and hurting me from the second round until the 12th round.
“But I’m not making any excuses. That’s the reason why I cannot move and I’m just staying and countering him, his punches. That’s what happened. That’s boxing,” added Pacquiao. 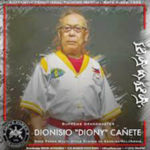 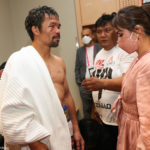