Philippines' Yuka Saso waits to putt on the 4th green during round three on the third day of the 45th AIG Women's Open at Carnoustie, Scotland on August 21, 2021. (Photo by ANDY BUCHANAN / AFP)

Yuka Saso failed to recover from a double-bogey start and closed out with a three-over par 75 to finish in joint 39th in the Women’s British Open won by Sweden’s Anna Nordqvist by one Sunday at Carnoustie in Scotland.

What hurt Saso’s bid the most was a triple-bogey on the 9th that all but dashed her bid for a top 10 finish as she tallied a 41 in the frontnine in the fifth and last major event in women’s golf.

Still reeling from that misadventure, the Fil-Japanese bogeyed the next hole.

Though she birdied three of the next four holes, those were not enough to spark a comeback, finishing with a 288 total – 12 shots off the Swede who carded a 69 to ward off the determined challenge of England’s Georgia Hall (67) American Lizette Salas –(69) and compatriot Madelene Sagstroem (68).

The title was the third major for Nordqvist after winning the 2009 LPGA Championship and the 2017 Evian Championship. She finished on 12-under par.

The experienced 34-year-old shared the lead with playing partner Nanna Koerstz Madsen heading down the 18th, but a par was enough to secure victory.

Koerstz Madsen hit her second shot into a bunker and then shanked the recovery.

In a nightmare finish, the Dane eventually took a double-bogey six for a share of fifth place on 10-under.

Nordqvist and Koerstz Madsen started the day tied for the lead and after much jostling among the field it ended up as sudden-death between the pair down the last.

The older head kept her cool, but Koerstz Madsen will hope her performance over the four days will still have been enough to catch the eye of watching Solheim Cup captain Catriona Matthew, who will name her team on Monday.

Australian Minjee Lee, winner of the Evian Championship last month, set the early clubhouse target with a 66 for 10-under before Hall (67), Sagstrom (68) and Salas (69) put themselves in contention.

But they fell just short as three birdies on the back nine and another at the par-five 14th after dropping her only shot of the day at the 12th saw Nordqvist home.

World number one Nelly Korda, joint leader after round one, holed a monster putt for a birdie at the 18th, but she could only post a 72 for six under par.

Scottish amateur Louise Duncan also posted a level par round of 72 to finish joint tenth on seven-under par to win the Smyth Salver for best amateur. (With a report from AFP) 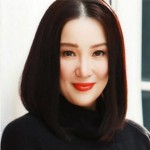