The PBA has reached a verbal agreement with the Provincial Government of Pampanga to hold the resumption of the Philippine Cup which was put on hold a couple of weeks ago due to Enhanced Community Quarantine regulations in Metro Manila.

PBA Commissioner Willie Marcial confirmed the approval Thursday, Aug. 19 but stressed that the league is still waiting for a formal letter from Pampanga Gov. Dennis Pineda that will be forwarded to the Inter-Agency Task Force.

Marcial added that the target date will depend on when the IATF will give the PBA the green light to push through with the restart.

There are reports that the PBA could resume as early as Sept. 1 in Bacolor following a one-week period for teams to hold practices in Pampanga.

A closed-circuit format will be observed but teams, officials, staff and television crew will have to stay in hotels or resorts located within the province during the duration of the tournament.

The PBA staged the Philippine Cup for two weeks at the Ynares Sports Arena in Pasig City before action was put on hold after Aug. 1 when the current COVID-19 caused by the entry of the more-infectious Delta variant prompted the government to impose ECQ restrictions in the capital.

Batangas was initially eyed as temporary venue but plans were scrapped when the province was placed under GCQ with heightened restrictions.

IATF regulations only allow the staging of PBA games in areas under normal GCQ or Modified GCQ. Pampanga is under a stricter form of MGCQ until Aug. 31. 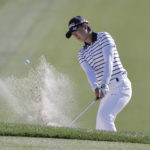