John Riel Casimero, on a rare occasion, commended his Cuban opponent Guillermo Rigondeaux for accepting the challenge once more as the two dispute the Filipino’s WBO bantamweight title at the Dignity Health Sports Park in Carson, California on Aug. 14.
But Casimero’s trash talking did not stop during Showtime Boxing’s press conference Friday, Aug. 13 in Manila, saying that the coming bout will be Rigondeaux’s swan song.
“This is a good fight, this August 14,” said Casimero, who holds a 30-4 record on top of 21 knockouts. “Rigondeaux is a good fighter but this is very important for me cos I know my next opponent may be [Nonito] Donaire and [Naoya] Inoue.
“I don’t know, the two opponents [are] scared but Rigondeaux is not scared. But you know, don’t worry Rigondeaux, this is the last of your fight,” added the 31-year-old Ormoc native boxer, who was seated beside the Cuban slugger at the middle of the stage.
Casimero, who boasts of a six-match win streak with the latest coming from a technical win over Ghanian boxer Duke Micah last September, added that he has a “surprise” in store for Rigondeaux.
The surprise?

“Three rounds. Don’t run,” added the Filipino knockout artist, oozing with confidence sans the help of a translator that he will finish the match as quick as possible.
Rigondeaux, who was the initial opponent of Casimero as announced last April, returned to the saddle after Donaire, the WBC champion, backed out of the all-Filipino showdown.
The season Cuban fighter, for his part, has had enough of Casimero’s trashtalking business and warned the Filipino to walk the talk once they clash in the ring.
“You gotta do in the ring,” said the 40-year-old Rigondeaux, the regular WBA champion, through a translator’s help. “Don’t worry, wait on Saturday when you have me right in front of you. I’m tired of hearing all these jokers. They always say the same thing. They always have the opinion that I’m gonna retired. I’m here, do it on Saturday
“He’ll be waiting. I’m not one to talk much as you all know. I’m not much of a talker, I’m not a press guy. I’m not full of words but [I will do] my best to win,” added the two-time Olympic gold medalist, who last saw action in February last year with a split decision win over Venezuelan foe Liborio Solis to improve at 20-1 record with 13 KOs.
The winner between Casimero and Rigondeaux moves an inch closer to getting a unification bout against Donaire or Inoue, who owns the super WBA, IBF, and The Ring belts. 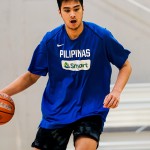 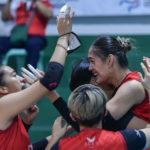