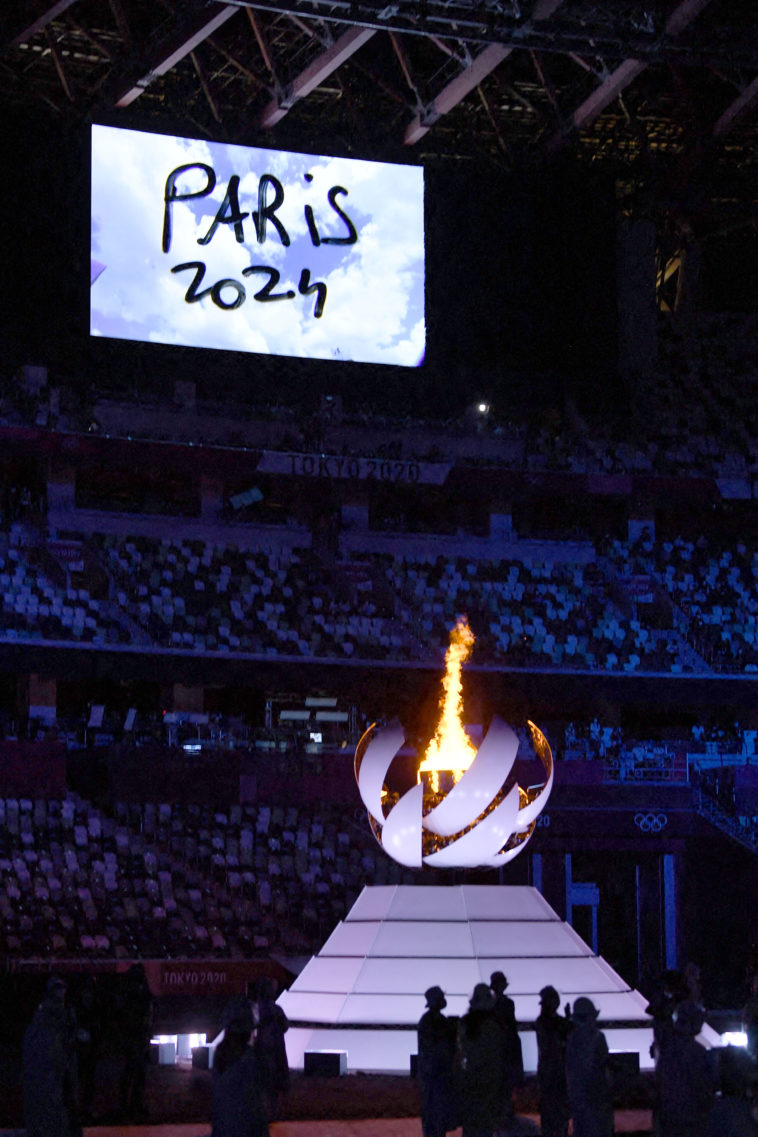 A video announcing the next Olympics Game of Paris 2024 is shown next to the Olympic Cauldron and the Olympic flame during the closing ceremony of the Tokyo 2020 Olympic Games, at the Olympic Stadium, in Tokyo, on August 8, 2021. (AFP)

French aerial patrol ‘Patrouille de France’ fly over the fan village of The Trocadero set in front of The Eiffel Tower in Paris on August 8, 2021 upon the transmission of the closing ceremony of the Tokyo 2020 Olympic Games. (AFP)

PARIS (AFP) – Thousands of people partied in the shadow of the Eiffel Tower on Sunday to watch the closing ceremony of the delayed 2020 Olympics and celebrate the French capital’s status as host of the 2024 showpiece.

The contrast was dramatic after a Tokyo Games played out in mostly empty stadia and under strict Covid-19 protocols.

“On an emotional level, it made me think of the 2012 and 2016 Olympics when a whole stadium is with you and cheering you on, it’s very heartwarming,” said French judo star Teddy Riner, who competed in Japan.

Athletes who had taken part in the Tokyo Games were cheered by the crowds as thoughts turned to 2024.

“I missed most of the Olympics because I worked at night, so it’s nice to see the best moments again,” said 22-year-old Alix as highlights of the last two weeks were replayed on a giant TV screen.

“It’s heartwarming to see the public, we have just gone through an Olympics which was a little different,” admitted gymnast Samir Ait Said who carried the French flag at the opening ceremony on July 23.

“It boosts my soul ten times, I’m injured and I already want to go and train!”

Swimmer Florent Manaudou, a silver medallist in the 50m freestyle, predicted that the 2024 Games will be an iconic moment for the country.

“We feel that the fans are celebrating and that they are gradually preparing to experience the Games in three years here.”

Decathlon silver medallist Kevin Mayer said he was delighted to “see all these little kids with stars in their eyes”.

“It reminds me of myself when I was little.”

Head of the 2024 organizing committee, Tony Estanguet said the Games are on schedule.

“For the moment, all the indicators are green,” he said.

The only low point for Parisiens was the decision not to hoist a giant French flag at the Eiffel Tower due to high winds.

“That would have been majestic,” said Gaelle, a visiting student. 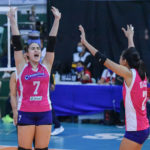 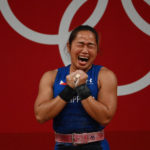