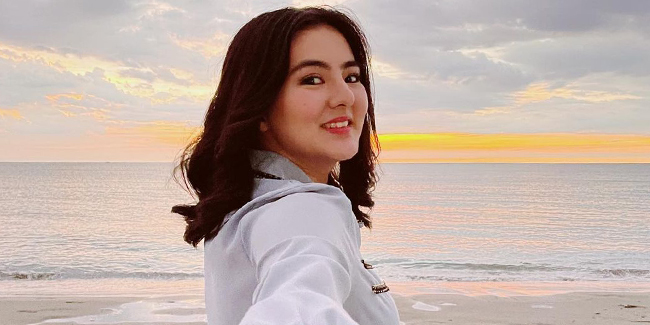 Cassy Legaspi is known to most as the daughter of Carmina Villaroel and Zoren Legaspi.

But the perception is changing, thanks to her marked performance in “First Yaya.”

“Nakakatuwa na people now recognize me beyond my lineage. Some of them approach me and call me by my character’s name in ‘First Yaya.’ And that is a huge achievement for me,” Cassy shared.

Apparently, she has long wanted to establish herself beyond her extraction.

“To be clear I don’t see anything wrong with it. Anak naman talaga ako ng parents ko. Pero siyempre, somehow, parang you want to prove yourself din na you’re more than that. So, I’m happy na somehow I was able to do that through ‘First Yaya.’”

Cassy basically grew up before the cameras, thanks to the commercials she did with her family growing up.

But it only added to what she called “the pressure.”

“May expectations kasi na just because my parents are actors and that showbiz is basically my entire life, I’m used to it na. And that I could act agad. And the pressure is overwhelming.”

Thanks to “First Yaya,” she’s now getting the hang of it.

She has a new assignment: Cassy is the new face of Palmolive.

She admitted it felt “weird” doing a commercial for the shampoo brand on her own.

“Wala ‘yung family ko. Kahit ‘yung kapatid ko wala, it’s just me on my own. It was kind of weird but interesting at the same time.”

She added, “I was a little bit nervous about it actually but my family was very supportive of me. I got the encouragement I needed. I think I did okay naman. I think I did well.”