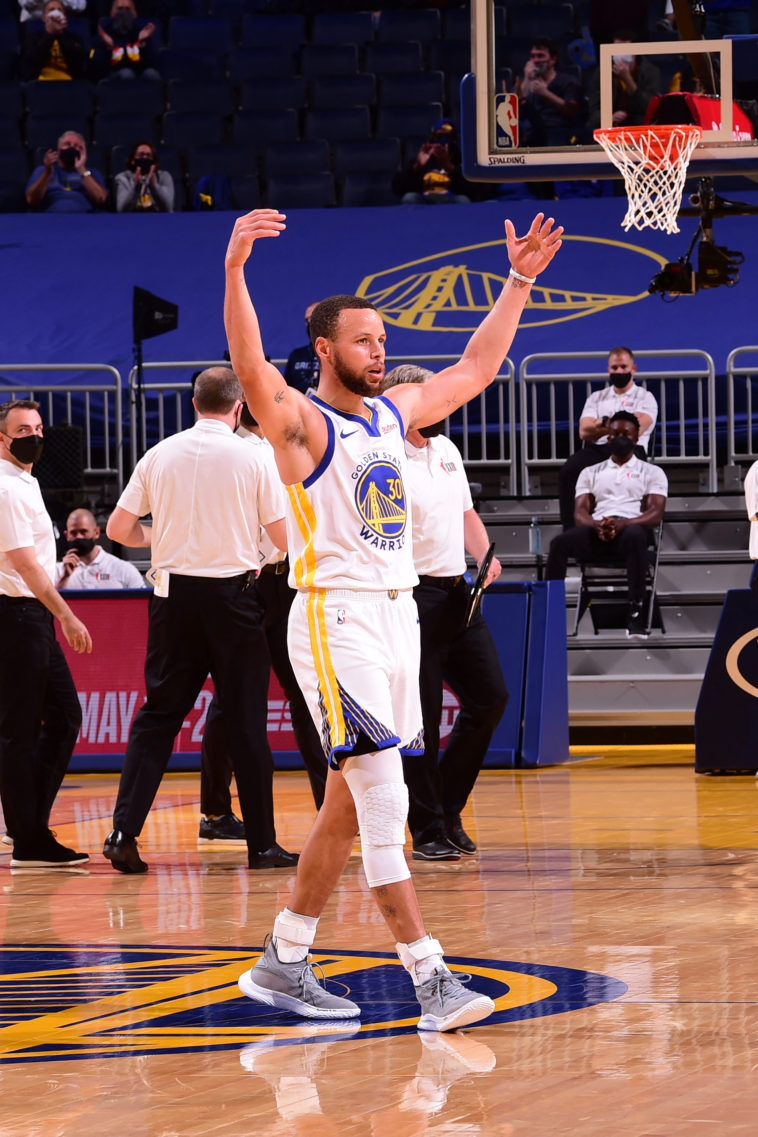 SAN FRANCISCO, CA - MAY 16: Stephen Curry #30 of the Golden State Warriors cheers during the game against the Memphis Grizzlies on May 16, 2021 at Chase Center in San Francisco, California. NOTE TO USER: User expressly acknowledges and agrees that, by downloading and or using this photograph, user is consenting to the terms and conditions of Getty Images License Agreement. Mandatory Copyright Notice: Copyright 2021 NBAE Noah Graham/NBAE via Getty Images/AFP (Photo by Noah Graham / NBAE / Getty Images / Getty Images via AFP)

Curry will sign a four-year deal worth $215 million with the Warriors, his agent told ESPN.

He will be the first player in NBA history to sign two contracts worth more than $200 million.

Anthony confirmed reports he will sign with the Lakers with a social media post changing the “L” in “Melo” to the “L” of the Lakers’ logo.

The moves came on the second day of NBA free agency for the 2021-22 campaign. Teams cannot confirm deals or sign players until Friday.

But this will be the first time he plays in the NBA alongside James, a former Olympic teammate who like Anthony entered the league in 2003.