Sen. Manny Pacquiao has reportedly filed a cross-complaint against Paradigm Sports Management in Orange County, California after the sports company headed by Audie Attar sought in the same court a preliminary injunction that would bar the Filipino boxing legend from fighting Errol Spence Jr. on Aug. 21.
Multiple media outlets reported that Pacquiao sued Paradigm for breach of conduct and breach of fiduciary duty among others.
“Manny Pacquiao’s cross-complaint filed [on Friday] reveals in detail the complete sham nature of Paradigm’s complaint,” Pacquiao attorney Dale Kinsella said in a statement as reported by Dan Rafael of World Boxing News.
“We look forward to exposing Paradigm’s conduct in front of a jury and recovering both general and punitive damages.
Pacquiao’s cross-complaint said that the eight-division world boxing champion “was very skeptical” of the proposed fight with Mikey Garcia which was one of the reasons why Paradigm, known for handling UFC star Conor McGregor, initially filed a lawsuit for breach of contract against the fighting senator.
The cross-complaint also detailed the contractual obligations under a promotional agreement with TGB Promotions, which has promoted his previous fights and including the Spence bout.
Paradigm’s lawsuit also involved Pacquiao’s business manager Arnold Vegafria, who was claimed to have a “pre-existing contractual relationship” with the sports management company to financially benefit from the deal.
“Paradigm has done nothing for Pacquiao. PSM has swindled him and selfishly attempted to exploit Pacquiao’s name to expand its business to include professional boxers in addition to MMA fighters,” one of the cross-complaint’s points read.
Should the Pacquiao-Spence fight proceed with the court ruling, Paradigm requested in the motion that the court will grant a preliminary injunction that would prevent the 42-year-old Pacquiao, this time, from engaging in future fights after Spence until its permanent injunction is resolved.

The report added that there will be a “video hearing” on Thursday, Aug. 5, to argue their claims before a judge. 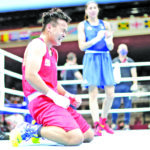 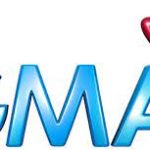