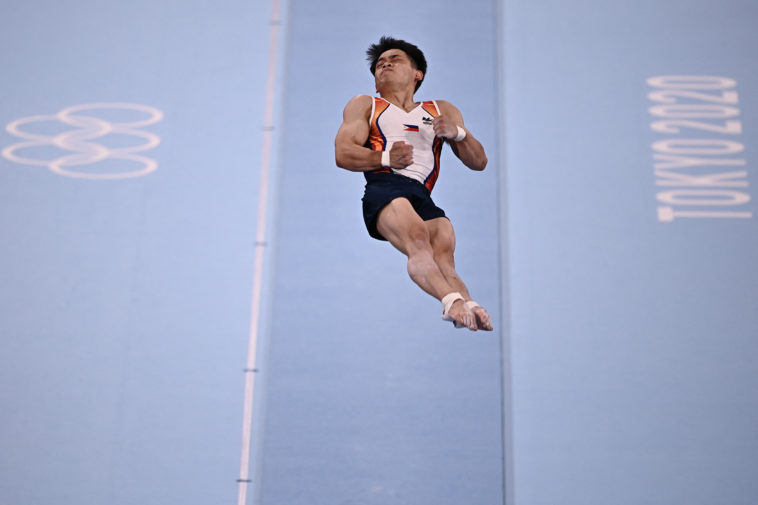 Carlos Yulo missed a podium finish in the men’s vault by a hairline after settling for fourth place in the artistic gymnastics of the Tokyo Olympics on Monday.

One of the youngest athletes in the Philippine contingent, Yulo posted 14.716 after two vaults behind gold-medal winner Shin Jeahwan of Korea.

Shin, a two-time world champion, scored a similar 14.783 with Russian Olympic Committee’s Denis Abliazin but the Korean took home the gold after posting a higher score on his second vault.

Seeking to redeem himself after missing the floor exercise finals – an event he was fancied to win after emerging the 2019 world champion – Yulo scored 14.716 in his first vault with a 5.600 degree of difficulty and 9.066 in execution. He was penalized 0.100 after sticking out of the landing mark.

He scored 14.866 on his second run, actually posting the highest score among all of his seven competitors.

Without the penalty, Yulo could have gotten the bronze medal.

Despite this, Yulo’s future remains bright with his performance.

“We’re proud of you, champ!” “Salamat sa laban, Caloy!” “Thank you for representing the Philippines!” “You’re still our champion!” were among the common phrases the netizens wrote shortly after Yulo settled for fourth place.

Netizens are also wishing him already to make it to the 2024 Paris Olympics. 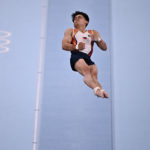