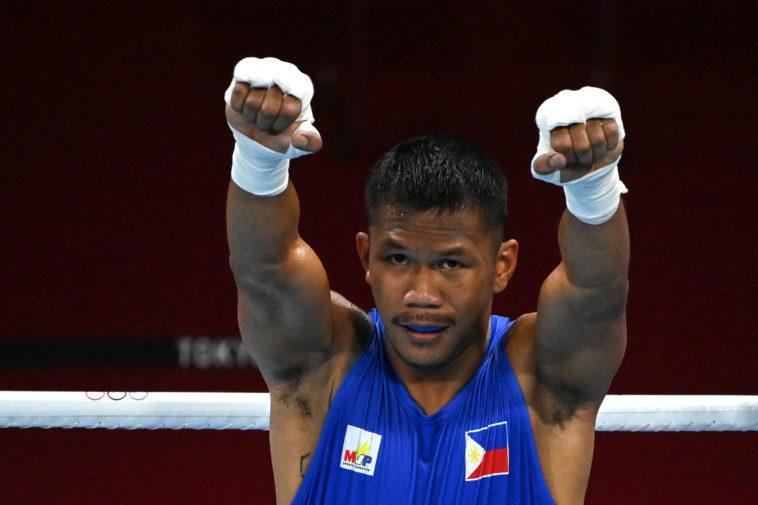 TOKYO — Unleashing the same lethal weapon — a devastating right hook — that brought down his previous opponent from Algeria three days ago, Eumir Felix Marcial knocked out fancied Armenian Arman Darchinyan with 49 seconds left in the first round of the middleweight 69-75kg division quarterfinals Sunday to be assured of the bronze medal in the XXXII Olympiad at the Kokugikan Arena.

Marcial advanced to the semifinals against top seed Oleksandr Khyzniak of Ukraine, a 4-1 split decision winner of Euri Cedeno Martinez of the Dominican Republic on August 5, Thursday for a seat in the gold medal bout.

The Ukrainian had beaten Marcial before, in 2018 in Russia, although the Filipino was fighting hurt following a shoulder injury, forcing head coach Ronald Chavez to throw in the towel.

A victory by Marcial will put a second Filipino boxer in the final after Nesthy Petecio had shocked 5-foot-8 Italian Irma Testa in the semifinals of the featherweight 54-57kg division Saturday to gain a shot at the country’s second gold medal in Tokyo after 55kg weightlifting champion Hidilyn Diaz.

The first round stoppage came down as the quickest of three KOs so far in the Olympic boxing event, and Marcial’s RSC-1 victory against Algeria’s Younes Nemouchi, also in the first round, was one of eight.

After a vicious right hook put Mohamed Flissi on the canvas with two minutes left in the opener of their Round of 16 fight Thursday — before an accidental clashing of heads opened a bloody cut above the Algerian’s right brow that resulted in a Referee-Stopped-Contest 1 decision — Marcial drove a thunderous right at the side of Darchinyan’s head at the 2:11 mark as the Armenian cowered.

Darchinyan spun around by the sheer force of the blow as though shot and toppled over, complaining later, as the decision to stop the fight became official, that he was hit at the back of the head.

“Feeling ng kalaban ko, foul knockout dapat ‘yung pagkakatama sa kanya, pero may mga judges po tayo,” said Marcial when asked what Darchinyan had told him after the fight as the two met at the ring’s center for the customary handshake.

Darchinyan, in effect a stablemate of Marcial at Freddie Roach’s Wild Card gym in Los Angeles, both having briefly trained there, took a standing eight-count with 1:24 left in the first round after getting staggered with a 1-2 punch in the head that got through his defenses.

He appeared surprised when the referee stepped between them and started counting, but Darchinyan clearly had been rocked.

Marcial sustained a torrid assault upon resumption, and no lingering questions were left after the Filipino went on rapid-fire mode and pummelled the Algerian near a corner with a four-punch barrage capped by that crushing right hook.

Ricky Vargas, president of Association of Boxing Alliances in the Philippines, was amazed by the swiftness with which Marcial disposed of his opponent, ranked No. 5 in the World Championship in Yekaterinburg, Russia in 2019. 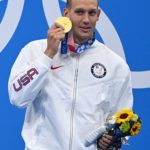 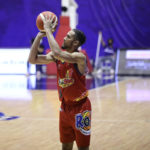