Culture, not unlike religion, is a touchy topic.

More often than not, when people harp on it, passionate, if sometimes, heated discussions ensue.

So why did GMA7 decided to tackle Maranao culture on its latest series “Legal Wives?”

Are they courting controversy?

Note that the show also touches on polygyny, a common practice among Maranaos wherein one man marries more than one wife at the same time.

According to show director Zig Dulay, their main impetus is not to rock the boat but to inform and educate.

“During our research kasi, we found out that many people are interested about the culture and it is indeed, an interesting one and nakakatuwa kasi, kahit ako, in the course of shooting the series, I learned a lot of things. And it’s very interesting, very watchable.”

The show centers on Ismael Macadato as played by Dennis Trillo.

Playing his wives in the series are Alice Dixson, Andrea Torres and Bianca Umali.

Asked why he agreed to do the show, Dennis said, “Actually muntik ko siyang tanggihan.”

“I was looking for something light like, maybe a comedy, having done many heavy dramas in the past. Pero, like many of us in the production, na-intriga din ako sa story. It’s a family drama but it goes beyond entertainment. It aims to educate, enlighten. And I think it’s very commendable that GMA have chosen to tackle the issue. Now, I could only be too proud to be part of the show.”

But having three wives – is that something you would want for yourself in real life?

Dennis smiled and said, “No. I think it would be too complicated. Having multiple wives or partners is going to be difficult because you have to give them equal love and attention.”

We asked Alice, Andrea and Bianca, if they would agree to be part of a similar set-up in real life.

Alice said, “It depends really. If the situation needs me to share my husband, I think I would.”

Andrea answered, “I think if I were a Muslim it would be easier. But being a Christian, I think it will be hard for me.”

Bianca echoed her sentiment. “I would say that it’s hard to be in a situation where I have to share the person I love. I don’t know if I can but if ever, I think it will be hard.”

In any case, Dulay maintained the show doesn’t just focus on polygyny.

“Marami kaming na touch na others aspects inherent to the Maranao culture. We even delved a bit into their politics, social norms, family… But the bottomline is that in all aspects we tried to be culturally and politically correct. We have consultants. We also had seminars with speakers who are knowledgeable about Maranao culture.” “Legal Wives,” dubbed the first-ever Muslim teleserye on Philippine TV, is to premiere today, July 26. 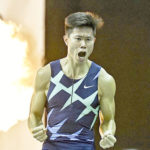 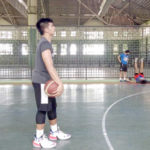