Spearheaded by Beau Belga and Javee Mocon, Rain or Shine trampled on Meralco, 85-72, to wrest the solo lead in the 2021 PBA Philippine Cup yesterday  at the Ynares Sports Arena in Pasig City.

Veteran big man Belga pumped in a double-double of 17 points and 10 rebounds while third-year forward Mocon fired 18 markers to underscore a balanced assault as the Elasto Painters grabbed their third win in a row for the No. 1 spot.

Five other E-Painters chipped in at least two points in the lopsided victory that saw them lead by as high as 21 points, 82-63, late in the fourth quarter.

Rain or Shine head coach Chris Gavina was elated to see their preparations as well as his players’ commitment pay off this early in the all-Filipino conference.

“Honestly, our expectations were just like any other team, it’s extremely high. It just came down to our preparations and the commitment of the players,” said Gavina.

Chris Newsome had 13 points, six assists and five rebounds while Raymond Almazan had 10 markers and six boards in the loss for the Bolts, who suffered their first defeat after a two-win start. 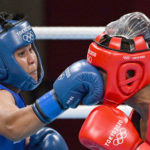 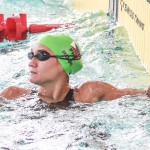