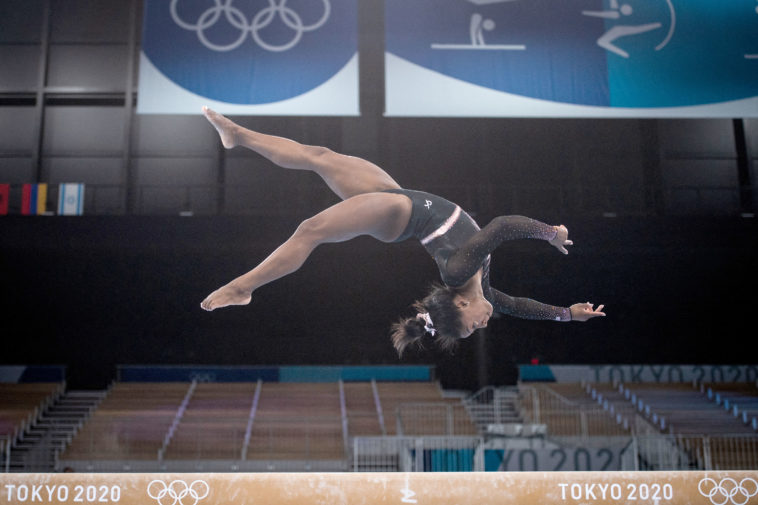 TOKYO (AFP) – The most troubled Olympics in modern history finally get under way in Tokyo on Friday, struggling to emerge from the clutches of Covid-19 after a one-year postponement following a build-up marred by scandal and controversy.

Eight years after gold ticker tape rained down as Tokyo celebrated winning the right to stage the Games, Friday’s opening ceremony will take place with the Japanese capital in a state of emergency.

Fears that the global gathering of 11,000 athletes could trigger a colossal super-spreader event have prompted organizers to clamp the Games in a biosecure straitjacket.

Pandemic restrictions mean that for the first time in Olympic history, no domestic or overseas spectators will be allowed to attend the Games.

Sightseeing trips are forbidden, meaning that for the most part, athletes will be prevented from straying outside their accommodation or competition venues.

Public opinion has consistently found a majority of Japanese are against the games, with opinion ranging from weary indifference to outright hostility.

The most recent poll from the Asahi Shimbun newspaper found 55 percent of respondents were against holding them this summer.

“I’m losing interest altogether. I feel like I can’t really whole-heartedly welcome the Olympics and I just don’t really feel any joy in it,” Tokyo resident Seira Onuma told AFP.

“I’m even not sure if I will watch the Games on TV.”

Friday’s opening ceremony — traditionally a highlight of any Summer Games with the parade of nations and lighting of the Olympic flame before several thousand athletes — will be drastically pared back.

Fewer than 1,000 dignitaries and officials will be present at the 68,000-seat Olympic Stadium for the traditional extravaganza, which gets under way at 8pm local time (1100 GMT).

Japan’s Emperor Naruhito will be chief among the VIPs, along with a smattering of world leaders and senior figures including US First Lady Jill Biden and French President Emmanuel Macron, who country will host the 2024 Olympics in Paris.

But in a sign of the antipathy towards the Olympics, several top sponsors including Toyota, Panasonic, Fujitsu and NEC will not be sending executives to the ceremony.

“It is turning into an Olympics that cannot get understanding (from the public) in various ways,” Toyota’s operating officer Jun Nagata said.

Japan’s emperor meanwhile acknowledged the difficulties of laying on the Games in a pandemic, describing it as a “far from easy task” in remarks to International Olympic Committee President Thomas Bach.

Naruhito’s remarks came as Tokyo registered a further 1,979 infections on Thursday, the highest figure since a winter surge of the disease.

IOC chief Bach, who for months has batted away calls to postpone or cancel the Games, insists the Olympics can be held safely.

“Over the past 15 months we had to take many decisions on very uncertain grounds,” Bach said this week. “We had doubts every day. There were sleepless nights.

“We can finally see at the end of the dark tunnel. Cancellation was never an option for us. The IOC never abandons the athletes… we did it for the athletes.”

There are also hefty financial incentives in play. Insiders estimate the IOC would have been on the hook for around $1.5 billion in lost broadcasting revenues if the Games had been cancelled.

Olympic organizers meanwhile will be forgiven for breathing a sigh of relief as attention finally shifts to sporting action after a turbulent road to the Games.

The build-up has been dogged by scandals ranging from corruption during the bidding process to plagiarism allegations over the design of the Tokyo 2020 logo.

The controversies rumbled up to the eve of the Games, when on Thursday the opening ceremony’s director was sacked for making a joke referencing the Holocaust in a 1998 video.

Back in the sporting arenas, the Games could see a new generation of Olympic stars emerge after a decade dominated by the likes of Usain Bolt and Michael Phelps.

In the swimming competition, which gets under way on Saturday, Caeleb Dressel could target seven gold medals.

In track and field, the likes of Norway’s 400 meters hurdler Karsten Warholm and the USA’s Sydney McLaughlin will be among those hoping to emerge as household names.

Both Warholm and McLaughlin have set world records in the 400m hurdles this year.

The 24-year-old American gymnast is one of the few returning superstars from the Rio Olympics.

New Olympic sports will also be on display in Tokyo, with surfing, skateboarding, sport climbing and karate all making their bow. 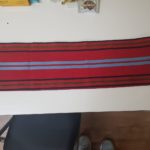 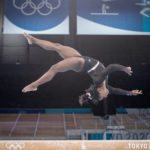