Which bird can catch smaller birds even during flight?

Wikipedia says falcons are the consummate hunters of the avian world.

They are able to spot, chase and kill prey quietly and efficiently.

A bird of prey with long wings and hooked claws that catches small birds in flight, falcons can be trained to return with their prey to their owner.

For many years, humans have relied on falcons as effective hunting partners.

Because of their sheer strength and power, falcons have inspired the launch of one of the most famous Marvel superheroes.

The character was introduced by writer-editor Stan Lee and artist Gene Colan in Captain America #117 (September 1969), and was the first African-American superhero in mainstream comic books.

As the superhero Falcon, Wilson uses mechanical wings to fly, and has limited telepathic and empathic control over birds.

TRIVIA PA MORE (Various Sources): Pigeons were used to transmit messages during World War 1 and 2. During those times, man-made communication was not sophisticated so people had to rely on pigeons to do the work for them. 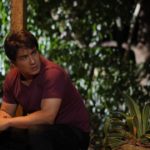 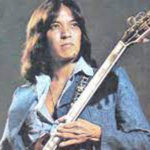