TOKYO — Organizers of the Tokyo Olympics kept the lid fully sealed on how Friday’s opening ceremony would be like but one thing’s for sure—a lean Philippine crew would be marching around an empty National Stadium proudly clad in traditional barong tagalog created by world-renowned designer Rajo Laurel.

It would only be at 4 p.m. on Friday, or four hours before the 8 p.m. program, could the world know how the hosts would open the most unique edition of the quadrennial competitions at the stadium that has a 68,000 seating capacity.

Boxer Eumir Felix Marcial is the country’s designated male flag-bearer, while his female counterpart will be judoka Kiyomi Watanabe. Marcial will be wearing a cocoon silk barong with a machine-embroidered pitchera design muslin inner shirt and light wool black pants. Watanabe, on the other hand, will be clad in a cocoon silk short blazer with a machine embroidered front and sleeves and neoprene spaghetti-strapped black inner blouse and neoprene black pants.

Marcial and Watanabe were selected for the opening ceremony because their events come later in the Games—Marcial goes up the ring in men’s middleweight of boxing on July 26, while Watanabe takes the mat in women’s half-middleweight of judo on July 27.

They will be joined in the parade of countries by Araneta and coaches Carlos Padilla (taekwondo) Nolito Velasco (boxing) and Daniel Bautista (skateboarding), as well as Philippine Swimming Inc. president Lani Velasco and Gymnastics Association of the Philippines head Cynthia Carrion-Norton.

The opening ceremony would last for three hours and would feature 4,500 participants—athletes and officials (maximum of six from each country)—from 205 member national Olympic committees. Only North Korea withdrew from the Games.

“The hosts promised to address problems in transportation after several countries complained that they had to wait at least an hour for their designated shuttle buses to arrive and bring them to their training venues,” Araneta said.

“There was also a problem with the lack of testing kits, especially on Tuesday when a long line was formed because they ran out of kits,” added Araneta, also the president of the Philippine Football Federation.

Another major concern, Araneta said, was the efficiency of the shuttle system after the opening ceremony, “Imagine bringing 4,500 individuals back to the Olympic Village the soonest possible time?” he said. “But the hosts vowed to pull it off in one hour.”

There are 11,000 athletes and 7,000 officials in these Games that were postponed for a year because of the Covid-19 pandemic. Covering media is pegged at 15,000. 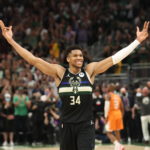