Cap: Creamline’s Jia Morado and Alyssa Valdez brace for a highly-spirited duel in the inaugurals of the PVL pro league.

The Premier Volleyball League finally gets to unveil its inaugural pro staging stalled for quite some time due to the global health crisis with three explosive matches kicking off hostilities in the Open Conference at the PCV Socio-Civic Cultural Center in Bacarra, Ilocos Norte.

Creamline, the winningest team with three championships in the last four conferences before play in the then semi-pro league was halted due to pandemic last year, parades its star-studded crew against a Sta. Lucia side out to make an immediate impact following its transfer from Superliga.

Bannered by crowd darlings Alyssa Valdez, Michele Gumabao and Jia Morado, the Cool Smashers test the Lady Realtors’ mettle in the 7 p.m. nightcap of a triple-bill that also features the Chery Tiggo-PLDT and Perlas-Cignal duels.

But Sta. Lucia also boasts of a slew of the country’s top players, led by Mika Reyes, Pam Lastimosa, Aiza Maizo-Pontillas and Jovie Prado, guaranteeing a slam-bang action right in the first day of the five-week tournament marking the return of the sport to the mainstream as the country’s first pro volley league.

The Chery Tiggo Crossovers tangle with the PLDT Home Fibr Power Hitters in the 1 p.m. opener with the former to be bannered by jaja Santiago, Gyzelle Sy, Mylene Paat, Maika Ortiz and Jasmine Nabor and the latter to anchor their campaign on the likes of Isa Molde, Rhea Dimaculangan, Nieza Viray and Toni Rose Basas.

The 3 p.m. clash between the Perlas Spikers and the Cignal HD Spikers also promises to be fierce and tight with Nicole Tiamzon, Sue Roces, Michelle Morente, Jhoanna Maraguinot and Cherry Nunag raring to slug it with the likes of Rachel Daquis, Cherry Vivas, Arielle Estranero, Janine Marciano and Klarrisa Abriam.

Meanwhile, the four other teams launch their respective bids tomorrow (Sunday) with the Petro Gazz Angels and the Army Lady Troopers colliding at 3 p.m. and the Bali Pure Water Defenders squaring off with the Choco Mucho Flying Titans at 6 p.m. 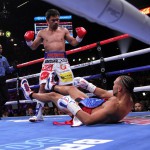 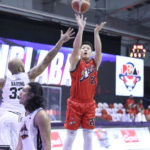