Plenty of storylines are about to unfold today when the PBA finally kicks off its 46th season after a seven-month wait with the centerpiece Philippine Cup today at the Ynares Sports Arena in Pasig City.

Alaska begins life without Vic Manuel when it plays Blackwater at 12:30 p.m., Kiefer Ravena is expected to suit up for NLEX opposite Rain or Shine at 3 p.m. while Meralco begins its quest to improve on last year’s semifinal finish against NorthPort at 6 p.m.

The country’s favorite sports entertainment will again be showcased after a long offseason that saw the season opening delayed by about three months due to a spike in COVID-19 cases during the summer and league officials needing to convince the national government that it can push through with a closed-circuit setup inside the NCR Plus bubble.

But the league also enters the new season hoping to win back some fans who were dismayed with the decision to prevent Ravena from pushing through with his plan to play for the Shiga Lakestars in Japan, among others.

Ravena is expected to be part of NLEX’s bid to open the season on a winning note against a Rain or Shine squad that will parade a new coach in Chris Gavina.

Also set to make their debuts are rookies Calvin Oftana of NLEX and Santi Santillan of Rain or Shine, both taken in the first round of the PBA Draft in mid-March.

The Aces will play their first game since shipping Manuel to the Phoenix Super LPG Fuel Masters in February.

Jeron Teng is likely to be entrusted to a bigger role by Alaska coach Jeffrey Cariaso.

New players Baser Amer, Simon Enciso and Kelly Nabong are hoping to give Blackwater a winning start to its campaign.

Meralco, meanwhile, enters the new season with high expectations after pushing eventual champion Barangay Ginebra San Miguel to the limit in the semifinals and getting Mac Belo and rookie Alvin Pasaol in the offseason.

Robert Bolick will be back for NorthPort but Greg Slaughter’s status is uncertain after he reportedly spent time in the United States to get vaccinated.

A simple opening rites, a far cry from the lavish ceremonies in the past because of COVID-19 restrictions, usher in the start of the season at 11 a.m. 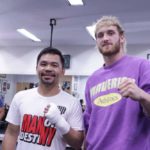 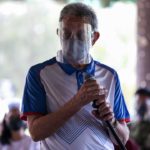