Competitive cycling completes its 1-2 punch against the pandemic with the staging of the PhilCycling National Trials for Road on July 10 and 11 at the Clark Freeport and Special Economic Zone in Pampanga.

After the successful staging of the National Mountain Bike Trials in Danao City last June 11 to 13, it’s the turn of the road cyclists to get into action, thanks to the collaboration among the PhilCycling, Standard Insurance, Smart, MVP Sports Foundation, Bases Conversion Development Authority and the Clark Development Corp.

“Competitive cycling’s been out for more than one and a half years now, but we’re back to racing, thanks to the private sector support and the government’s endearing effort to beat the pandemic through sports,” Philippine Olympic Committee (POC) and PhilCycling President Rep. Abraham “Bambol” Tolentino said.

The PhilCycling had to secure the approval of the Philippine Sports Commission and as importantly the Central Luzon (Region 3) Regional Task Force, Office of Civil Defense, Department of Health, Philippine National Police, Province of Pampanga and the Department of Tourism for the races that will be staged in a bubble environment.

Races will be in Men and Women Individual Time Trial and Criterium on July 10 and Road on July 11. All participants—cyclists, race officials, staff, among others—were subjected to at least one RT-PCR and Antigen tests as prescribed by the health protocols set by POC Medical Director Dr. Jose Raul Canlas.

Race officials, organizers and staff will be billeted at the Quest Hotel Plus Conference Center, while cyclists will return to their homes right after the awarding ceremonies for their events. 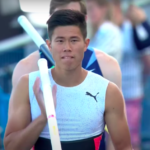 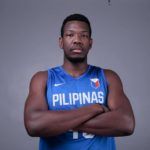