The bout between WBC bantamweight champion Nonito Donaire and WBO titleholder John Riel Casimero is now in limbo.
In a statement tweeted Wednesday, Donaire insisted that he will no longer fight Casimero after issues over the Voluntary Anti-Doping Agency (VADA).
The 38-year-old Donaire is firm with his stance for “VADA 24/7/365 testing for ALL boxers” and that it should never be refused or delayed.
“That being said, as we’ve stated before, we cancelled this fight when they delayed turning in the VADA paperwork for 5 days. We have proof that the opposing side was neither honest nor forthcoming in providing the proper information to begin VADA drug testing,” wrote Donaire via TwitLonger.
“AFTER we cancelled the fight, then and only then did the paperwork suddenly appear. I do what I say. And as much as I want to knock him out, I’m going to take the high road and instead of highlighting his misbehaviors, I’m not going to give his example the stage or the payday that comes with it.”
The VADA on Sunday had announced that both Filipino champions have enrolled in its testing ahead of their supposed unification bout at the Dignity Health Sports Park in Carson, California on Aug. 14.
Earlier, both camps have been going back-and-forth on social media specifically between Rachel Donaire, Nonito’s wife, trainer, and manager, and Sean Gibbons, the president of the Manny Pacquiao (MP) Promotions.

The “Filipino Flash” called out the “unprofessional behavior” of Casimero’s camp as well, specifically the “disrespectful” gestures of strength and conditioning coach Memo Heredia. Gibbons, for his part, insisted that the match will push through. “The fight is happening. I guarantee that,” he told BoxingScene.com.
Donaire didn’t mention any names in the statement but the live social media sessions showed the WBC bantamweight champion fuming at Gibbons and Heredia as he talks to Casimero’s camp representative Marc Yao.
“I stand against BULLYING in any form. I STAND against the disrespect and ABUSE of women and children physically, mentally and emotionally. AND I STAND against misogynistic culture. A grown man recently told the mother of my boys to ‘snack on his —-‘. We cannot ignore this unprofessional behavior,” said the four-division world boxing champion in the statement.
“We cannot excuse the disgusting trolling memes created of my wife as ‘just for entertainment’. I don’t want other pro athletes to cross this line and think this type of behavior is acceptable.
“We have to maintain a respectable character, especially online, for the future generations to emulate, and not promote ignorance and foul behavior. For the boxing culture to change, promoters and networks should veer away from unacceptable behavior and not encourage it,” added Donaire, who holds a 41-6 record on top of 27 knockouts.

Gibbons, for his part, insisted that the match will push through. “The fight is happening. I guarantee that,” he told BoxingScene.com. 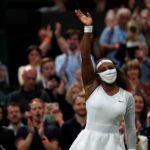