As seen on Facebook and YouTube, Puregold Channel is meant to provide quality entertainment to millions of Filipino families staying at home because of the pandemic.

According to show director Don Cuaresma, the show harkens to the “golden age of Pinoy sitcoms.”

“We took inspiration from shows like ‘Palibhasa Lalaki,’ ‘Chicks To Chicks,’ ‘Okidoki Dok’ among others,” he related.

They are joined by Wilma Doesn’t, Elsa Droga and Carmi Martin.

The digital series can be streamed online for free on Puregold Channel’s Facebook and YouTube pages starting July 10, 7pm.

Dave added, “I’m just really happy to be part of the show. I like my character here. Very interesting. Why? Well, you have to watch the show to find out.”

He said, “This is our way of rewarding and staying in touch with them outside the stores. This is Puregold’s thrust, to strengthen the future of retail through strong engagement and digital footprint.”

Since the launch of Puregold Channel late last year, the supermarket giant has come up with engaging content for people of all ages.

other shows in the channel include “Playtime Panalo” with Luis Manzano, “Sabado Bago Live” co-hosted by Boy Abunda and Gretchen Ho, “The Ha Ha Hour” hosted by Alex Calleja and “Puregold Esports Live.” 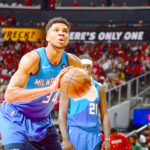