He is giving full concentration to the mass vaccination program of his administration in the hopes of achieving herd immunity in the city possibly by September.

It is as such that the film on national hero Andres Bonifacio which he is set to start has taken a backseat for now.

Mayor Isko said “I do not know yet the schedule of shooting. They have been updating me of the development but it has to take a backseat for now because we have more pressing work to do in view of the vaccination program.”

The film, to be directed by Erik Matti is tentatively titled “May Pag-Asa,” which is Bonifaco’s pen name.

Another, a musical based on his life titled “Yorme,” is currently being filmed.

The mayor himself handpicked the actors to play him in the movie: Xian Lim (who will play an older version of him); and McCoy de Leon who will play the younger Isko.

Guangzhou City and Anvil Business Club on June 22 turned over to Mayor Isko
about P6 million worth of school supplies to benefit 10,000 disadvantaged children of Manila.

He tasked Manila Department of Social Welfare Director Re Fugoso to distribute the same to orphanages, daycare centers and urban poor communities.

Its Mayor Wen Guohui said the donation is Guangzhou’s expression of friendship and solidarity with Manila City and the Philippines.

Guangzhou in southern China is a sister city of Manila.

This donation upholds the call of China President Xi Jinping on “Building a Community
with a Shared Future for Mankind.”

Famous for its Cantonese foods and landscapes, Guangzhou has also been featured in movies like the 2014 Hollywood film “Transformers: Age of Extinction” and the 1992 movie “Supercop” starring Jackie Chan and Michelle Yeoh.

Wilson Lee Flores said: “This civic project of Guangzhou City in partnership with Anvil
Business Club is our contribution to the future of Manila now under the leadership of a dynamic mayor and also our tribute to the past, because many of us have ancestors
who had started life in the Philippines here in Manila City. This is our gift to the children of Manila and also our gift to Manila on its 450th anniversary on June 24.” 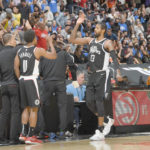 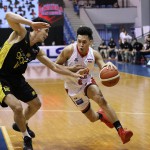