LOS ANGELES (AFP) – Khris Middleton and Giannis Antetokounmpo combined for 68 points as the host Milwaukee Bucks led wire-to-wire on Thursday to beat the Brooklyn Nets, 104-89, in Game 6 of their NBA playoff series.

Middleton had a playoff career high 38 points, 10 rebounds and five assists while Antetokounmpo scored 30 points and grabbed 17 rebounds for the Bucks, who evened the best-of-seven Eastern Conference semifinal at 3-3.

The Bucks changed up their defensive strategy and Middleton had the hot hand while shooting from the perimeter to push the series to a decisive game seven.

“We were solid all night,” said Middleton. “We just tried to make it tough on (Kevin) Durant and (James) Harden and we were able to do that.

“The playoffs are about adjusting. We had a little lead at the half and we were able to keep it and extend it in the fourth quarter.”

Game 7 is Saturday night in Brooklyn, where the Nets have won all three games at the Barclays Center.

Middleton shot 11-for-16 from the floor, five-for-eight from three-point range and 11-of-12 at the free throw line.

After rallying behind a monster performance by Durant for a game five victory on Tuesday, the Nets failed to win in the first potential close out game of the series.

“We didn’t do well tonight offensively,” said Nets coach Steve Nash. “We were out of rhythm and out of sync for the entire game.

“Defensively we weren’t great either. Just not a great game from us, and now we got a game seven on our home court.”

Milwaukee’s win not only keeps their season alive but also the streak of the home team winning every game of the series so far.

“It will be win or go home. That is what the players and fans love about it,” said Middleton.

Brooklyn had often-injured James Harden for game six but lost all-star guard Kyrie Irving during the game four loss. Irving did not travel with the team to Wisconsin due to the sprained right ankle he suffered in-game last Sunday.

Harden struggled in his first full game of the series in game five after sitting out with a sore hamstring.

After making just one basket in game five and finishing with five points, he improved in game six scoring 16 points — still well below his average of 24.6 points.

Durant, who was coming off a remarkable 49 point performance while playing every minute of game five, finished with 32 points and 11 rebounds. Instead of playing the entire game, this time he logged 40 minutes of floor time. 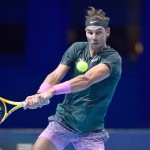