Kiefer Ravena took part in NLEX’s transfer to another practice venue in Pampanga even after his bid to suit up in Japan was rejected by the PBA Board of Governors.

Ravena was supposed to take part in a press conference which would have formally introduced him as a member of B.League club Shiga Lakestars.

But the Lakestars decided to call off the virtual presser to avoid further complications after the PBA ruled with finality, claiming he has a live contract with the Road Warriors.

League officials explained that allowing Ravena to play for Shiga with a current pact may create a bad precedent.

The 27-year-old Ravena, however, did say in an interview with Boy Abunda on the latter’s YouTube channel prior to the PBA’s final ruling that “only time will tell” if the Japan stint will become a reality.

Even before the league’s final ruling, Ravena had been focusing on NLEX’s preparation for the PBA season which has yet to start due to the fluid situation of the COVID-19 pandemic in the country.

Ravena and the Road Warriors began practicing at the Alpha Aviation Group in Clark, Pampanga before transferring to St. Paul American School in Angeles City.

Meanwhile, NLEX allowed Jericho Cruz to suit up for Guam in its FIBA Asia Cup Qualifiers campaign which resumes this weekend in Amman, Jordan. 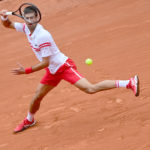 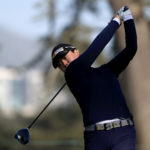