The Shiga Lakestars have postponed a press conference slated Monday (June 7) on the signing of Kiefer Ravena, a day after the PBA thumbed down his request to suit up for the Japan B.League squad.

Shiga said on its website that the postponement was made to avoid more confusion over the matter which saw the PBA Board of Governors rule that Ravena can’t proceed with the planned stint due to his live pact with NLEX.

“On June 2nd, we had an official announcement of signing Kiefer Ravena for the 2021-2022 season. However, after the announcement, it was reported in the Philippines that there are issues in his current contract,” the Lakestars said Sunday, June 6.

“We will continue discussions to resolve (these) issues,” the Lakestars added.

It would be recalled that the Lakestars’ announcement that they had signed Ravena as their Asian import for the 2021-22 B.League campaign was immediately rejected by PBA commissioner Willie Marcial.

Marcial explained that Ravena’s move is prohibited under the league’s Uniform Players Contract. Ravena has a contract with NLEX until the end of the 2023 season.

PBA chairman Ricky Vargas said following Saturday’s special board meeting that the league stood its ground on its belief that Ravena must honor his current deal with the Road Warriors as it may set a bad precedent.

“The philosophy is basically the sanctity of the contract and breaking that contract will be very difficult for us to manage moving forward,” Vargas said. 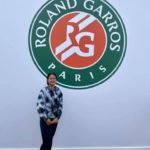