PHOENIX, AZ - MAY 23: Devin Booker #1 of the Phoenix Suns shoots a free throw against the Los Angeles Lakers during Round 1, Game 1 of the 2021 NBA Playoffs on May 23, 2021 at Phoenix Suns Arena in Phoenix, Arizona. NOTE TO USER: User expressly acknowledges and agrees that, by downloading and or using this photograph, user is consenting to the terms and conditions of the Getty Images License Agreement. Mandatory Copyright Notice: Copyright 2021 NBAE Michael Gonzales/NBAE via Getty Images/AFP (Photo by Michael Gonzales / NBAE / Getty Images / Getty Images via AFP)

Booker ‒ playing in the first NBA playoff game of his career ‒ spearheaded a deserved win over the reigning NBA champions, rallying his team after an injury to Chris Paul restricted the Phoenix veteran’s influence.

Booker was backed by Deandre Ayton, who contributed 21 points and 16 rebounds, while Mikal Bridges and Cameron Johnson added 10 points apiece for Phoenix.

A physical encounter saw the Suns’ Cameron Payne ejected in the fourth quarter after a shoving match which saw players and backroom staff stream onto the court as tempers flared.

The Lakers, meanwhile, struggled to hit their stride throughout, with LeBron James finishing with 18 points and Anthony Davis restricted to 13 points after making only five-of-16 from the field.

Barring an early spell in the first quarter when the Lakers led by five points, the Suns led throughout, maintaining a double-digit cushion for much of the second half and leading by 16 points early in the fourth.

Booker said the Suns would be bracing for a Lakers backlash in game two in Phoenix on Tuesday.

“They’re the defending champs. We know they’re going to come out and be ready to go — and I think we will be too,” Booker said.

In other games on Sunday, Tobias Harris erupted for 37 points as the top-seeded Philadelphia 76ers shut down the Washington Wizards to win their Eastern Conference first round series opener 125-118.

Harris delivered a 28-point first half display to get the Sixers off to a flying start and Joel Embiid added 30 points from just 30 minutes on court to steer the Sixers to a home victory in the best-of-seven series.

Seth Curry had 15 points and Danny Green added 11 for Philadelphia. Ben Simmons was limited to just six points but hauled down 15 rebounds and handed out 15 assists.

Game two in the series takes place in Philadelphia on Tuesday.

In New York, Trae Young made a short jumper with one second left to lift the Atlanta Hawks to a 107-105 win over the New York Knicks in the first game of their East series.

Young scored a game high 32 points, 10 assists and went nine-of-nine from the free throw line Sunday at Madison Square Garden as the Atlanta edged the Knicks after losing all three games to them during the regular season.

“It’s fun. In the Mecca, New York City, Times Square,” said Young. “It is about letting the game come to me and reading the game as it goes.”

The series appears to be evenly matched as the fourth-seeded Knicks and fifth-seeded Hawks each finished 41-31 on the season.

Young was the difference Sunday, getting the last shot and draining a seven-foot floater just before the final buzzer.

Bogdan Bogdanovic finished with 18 points and Lou Williams came off the bench to score 13 for Atlanta, who are a young team but have a deep bench.

Game two is Wednesday in Atlanta. 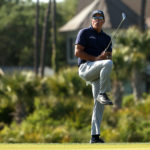 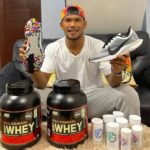